Ninja Gaiden Episode II is an action game by Tecmo that has awesome cutscenes and music. And also unused music.

Curiously, there are several sound test modes in this game! On the title screen, hold Up + Left + A + B + Select all at once before pressing Start to reach the normal sound test, which has a little Chibi-Ryu image.

If you wait for the title screen to fade to the intro, press Start to return to the title screen, and then enter the code, the menu will show a little Chibi-Irene instead.

If you wait for the title screen to fade to the intro, return to the title screen and wait for it to fade again, and then enter the code, you'll reach the Musicruise sound test, which has both Chibi graphics, track names, and volume/channel controls.

In the European version, the cheat sequence for this Sound Test is changed to Down + Left + A + B + Select.

Ninja Gaiden 2's NSF contains a track not used in the game; it's not even in the sound test. Track 9 sounds like an alternative boss battle theme, which probably would have been used somewhere near the end of the game. Also, tracks 8 and 10 are identical, for some odd reason. 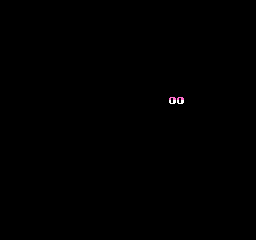 It is not accessible under normal conditions, but can be called from a reasonable place in the program and is functional. The Game Genie codes AZUGVSGZ+YLUGNSNY+KIUKESNN (for the US Version) or AZUKKSGZ+PLUKSSNY+KIUKVSNN (for the European version) will call the level select when beginning a new game after the Act number screen. A simple number is displayed on-screen to indicate the room you wish to visit. To change the number you must hold the A button while pressing Left or Right. Room $2F is the last valid room.

This code is still present in the Japanese version, but can't be restored so easily.

The Game Genie codes SXVTGXGZ+NUVTIXNN+PKVTTXNN+EEVTYXGZ+SEVVAXNY+NUVVPXNN (for the US version) or OKSVIXGK+AXSVTZNT+ESSVYZXT (for the European version) re-enables the invulnerability cheat. Pause the game, press Select to toggle the invulnerability on or off. This cheat can be restored only in western versions, but the invulnerability flag at RAM address $00BF still can be enabled by setting its value to $80 in the Japanese version. 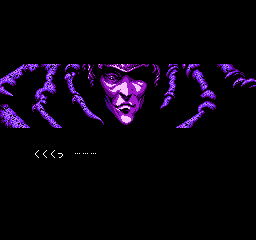 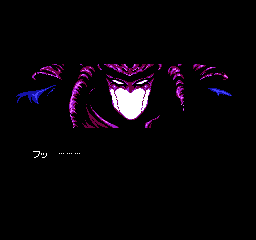 In the Japanese version, after the credits roll and you see the "THE END" screen, press Right + B + Select. Two extra ending frames will be displayed with final messages from the two final bosses. However, the message lines are something like "uh...oh.." with already used boss pictures. This Easter egg was completely removed from other versions.

The hexagram on Jaquio's chest was changed to a star.