Sonic Adventure started development on the Sega Saturn, before the team wanted to create much bigger of a game than imagined. That resulted in them visiting South American locations to get some setting ideas, giving Sonic and the others a historic redesign to appeal to a wider audience and focusing a larger emphasis on the storyline. The game was seen as a return to form for the blue blur by critics and most fans alike, allowing Sega to further expand their company as a whole.

The conceptualization of Sonic Adventure began sometime after the completion of NiGHTS into Dreams.... Takashi Iizuka, Senior Game Designer for Sonic the Hedgehog 3, Sonic & Knuckles and current head of Sonic Team initially wanted to make an RPG, but it was later decided to have the next main Sonic game be a 3D platformer. It was also decided that it would also have a much greater focus on plot.

When we built our first test level, we knew we had to test it out, just to make sure our ideas worked. It ended up only lasting about ten seconds, and we knew we couldn't build a game around this structure. We had to rebuild levels over and over again until we finally had a level length we were happy with. - Takashi Iizuka

Initially, development began on the Saturn, the main platform of focus for Sega before the Dreamcast. As such, several pieces of conceptual artwork were created with the limitations of the console in mind. The fourth slide of the collage below faintly appears to be using the same background assets as the Mystic Forest stage from NiGHTS Into Dreams.... 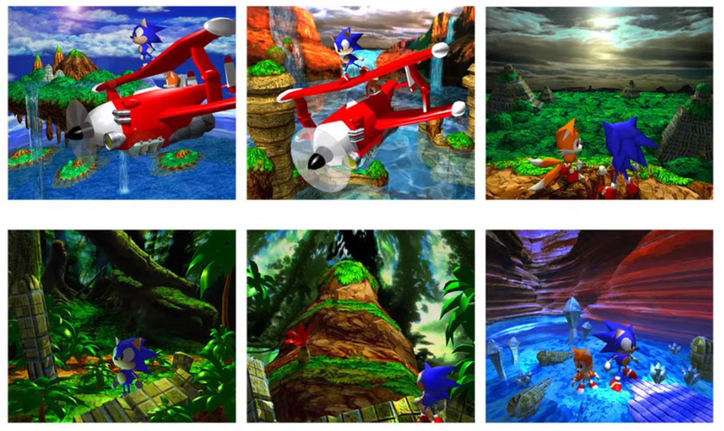 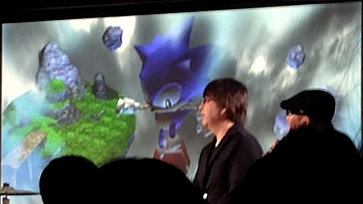 But when it became clear that the Saturn would be discontinued soon, they decided to switch development over to the Dreamcast (at that point codenamed "Katana"). The developers however, decided to include the original work they did as a 3D hub-world in Sonic Jam, which is why most of Sonic's animations in that game are similar to the ones in Adventure.

With development now on the Dreamcast, the developers decided to start taking full advantage of the better system that would allow them to create more realistic environments. Primed and inspired by the technical potential the hardware offered, the developers travelled to America to attain influence for the game's locations. Starting out in the Yucatán Peninsula of Mexico, the group traveled through Chichen Itza, Tulum, San Gervasio, Tikal, and Uaxactun, then flew down to the South American country Peru, where they visited the Nazca lines, Cusco, Machu Picchu, and Pachacamac.

With new environments, the developers created levels like Emerald Coast and Lost World. They even used their actual photos as textures in the game. 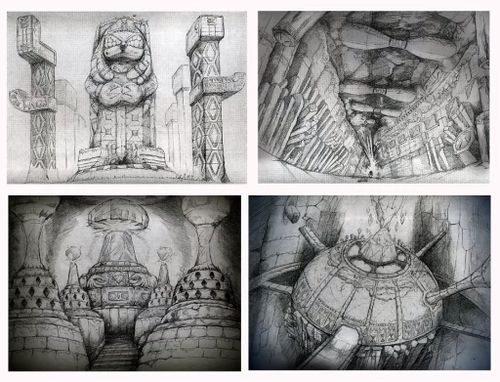 The trip wasn't all fun and games however, the team having unexpected encounters with tarantulas, snakes, and reportedly Katano collapsing from an altitude sickness at one point. At the end of it all, the team returned to Japan in one piece, full of enthusiasm to create the game.

Along with the idea of making a larger emphasis on story and creating more realistic worlds for Sonic to explore, it was decided that, to truly make this shine out on the market and showcase that it wasn't just a new Sonic game, but a kind of game that had yet to hit the market, it was decided that the principle cast would be redesigned, marking the start of a new era.

The team hired Yuji Uekawa, who previously worked on Ristar, Sonic 3D Blast and Sonic R, to redesign the character. With Ohshima looking over his shoulder, Uekawa set to work on a stylized version of the main cast, inspired in part by graffiti art.

Changing certain aspects of the character and emphasizing them in his line art, the very face of the Sonic franchise changed. Giving Sonic, Tails and Knuckles simple redesigns, and Amy and Eggman more major design changes. Eggman was meant to retain his classic design, but was also changed likely make him look more realistic. This explains why classic character designs are seen in the HUD and Casinopolis.

One of the unique goals of the game was to have completely separate playstyles, to not only change pace, but to also broaden appeal. They first added Amy due to it being the simplest to make. They later added E-102 Gamma due to requests from fans to add a shooting style gameplay. Feeling it not in Sonic or any other established playable casts nature to wield a gun, a separate character was developed, designed in such a way that Gamma still felt perfectly natural within the Sonic universe. The second one was Big, which had fishing gameplay to break-up the intense nature of the other five.

Chaos was created due to Iizuka wanting a separate enemy from Eggman, and wanting something liquid and transparent to show the capabilities of the Dreamcast. They originally wanted Perfect Chaos to be partially opaque and transparent (like how it appears in Sonic Generations), but it was impossible at the time to make him fully transparent, which was still impossible on Saturn.

Another thing the developers wanted was to revive the "A-Life" technology originally developed for NiGHTS Into Dreams. Though simplistic in NiGHTS and only a passive goal within the main stages, the idea was completely retooled, fleshed out for Sonic Adventure. This would also allow players to become more experienced in action-stages.

According to Iizuka, Sand Hill wasn't part of the original project plan, but was later added after seeing people sandboarding on Peru.

While we were in Peru...we noticed some people boarding on sand dunes. We were so impressed with this. We had no idea this kind of sport actually existed. It was so new and exciting for us to see this, we knew that we had to add this element to our game. And we figured that Tails, if anyone, was the most appropriate character to use. - Takashi Iizuka

One of the new mini-games, Sky Chase, was inspired by the Panzer Dragoon series by Team Andromeda on the Saturn, which could explain the unused text. 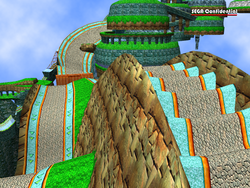 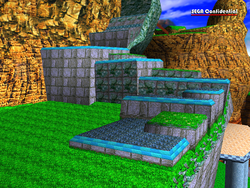 Two very early screenshots (named TEST00 and TEST01) were included on various internal discs, used to verify the functionality of GD-ROMs. Timestamps of the images on one of such a disc say, that they are from 9th December 1997. 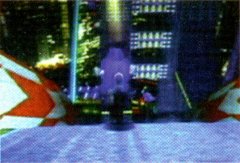 In May 1998, around the time of E3 , a screenshot was leaked showcasing Sonic in Speed Highway; the image was thought to be of a motorcycle level from an unrelated game, with other magazines debunking the image altogether until the official unveiling.

Although blurry, the image shows that the stage had much darker lighting earlier in development, lacking the blue-night theme; the walls here also only use one texture, instead of two.

These screenshots were leaked on an unknown French website sometime afterwards.

August 22nd saw the official unveiling of Sonic Adventure to the public at the Tokyo International Forums; due to its 40 minute length and large amounts of changes, it has been split into its own subpage.

Some (low quality) footage from LunarNET, which includes some interesting stuff.

Some footage stating the game is 50% complete, which is a lie.

Aired just one day before the game was finalized, this video uses the unused one-up sound.

Once the game was released in Japan, Sonic Team split into two teams. The first would continue to develop games for the system, while the second (the now defunct Sonic Team USA) would localize the game. While localizing, the localizers added several new features and fixed many bugs, resulting in a slightly more polished version, while also "translating" the dialogue.

Sometime during this phase, the team partnered up with also now defunct Hollywood Video to release a special version of the game called Sonic Adventure: Limited Edition, which was the Japanese release with a few minor fixes. The game was also soon shown at E3 later that year, before finally being released nine months after the game released in Japan. The game was soon after re-released in Japan as Sonic Adventure: International, containing all the changes made to the worldwide versions.

The "Sonic Adventure Bug Database" is a collection of reports made by game testers between December 10, 1998 to August 12, 1999. Most the entries only report spelling problems and "suggestions" from the testers (Eg. "Twinkle Circuit should support multiplayer"), but a number also detail gameplay problems. Due to the date of some of these reports, there was probably not enough time left in development to correct these issues.

In 1998, a trailer was released. It's either similar to or exactly the same as the Tokyo International Forum version.

Retrieved from "https://tcrf.net/index.php?title=Prerelease:Sonic_Adventure_(Dreamcast)&oldid=1321850"
Categories:
Cleanup > To do
Games > Games by content > Prereleases