This page details prerelease information and/or media for Star Fox 2.

Star Fox 2 underwent almost three years of development, from February 16, 1993 to September 12, 1995. At least three builds were shown in the gaming press. There were many ideas, characters, and elements that ended up being scrapped in the final game, though several of them would reappear in later entries in the series. 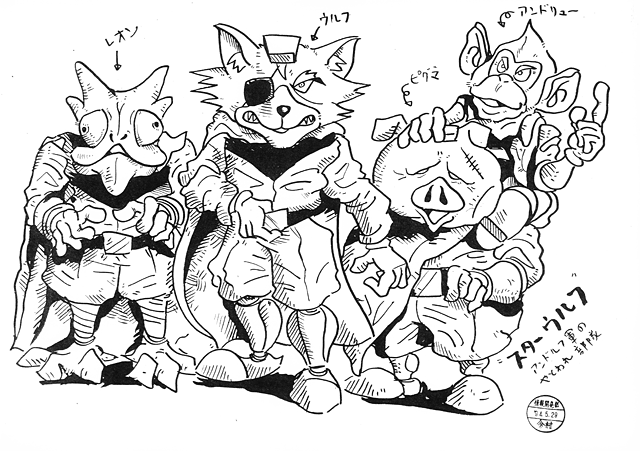 As part of the online digital manual for Star Fox 2, Nintendo released this image, captioned "early concept art of Star Wolf". Dated May 29, 1994, it seems to be the earliest of the various pieces of concept artwork included within the manual.

Most notable about this art is the appearance of Andrew Oikonny, a character who did not appear in Star Fox 2 but did turn up in later Star Fox games, beginning with Star Fox 64. In this game, he was replaced by a fourth Star Wolf member named Algy.

Also of note is Wolf's eyepatch: he doesn't actually wear one in Star Fox 2, instead baring his scars for all to see, though he does wear one in every subsequent appearance in the series. In this image, he wears it on the right-hand side of his face, corresponding with the location of his scar in Star Fox 2 - in subsequent games, both were transferred to the opposite side of his face.

The stamp transcribed above is that of Takaya Imamura, an artist at EAD at the time who is known for his work on the Star Fox series, as well as F-Zero and The Legend of Zelda. He is listed under Special Thanks in the Star Fox 2 credits.

Also included with the digital manual was a 12-page PDF captioned "Arwing design documents". In addition to three pages documenting the mechanical process of Arwing transformation, this includes art of all three transformations of each Arwing type, one of which is the unused UFO mode seen in builds through at least May 13, 1994. 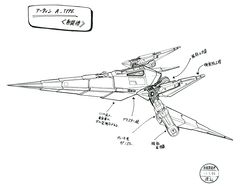 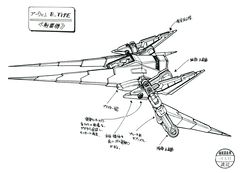 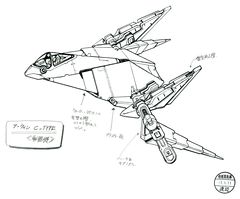 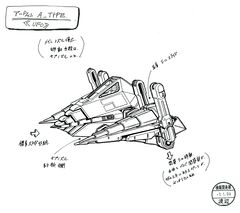 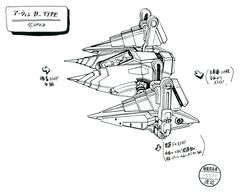 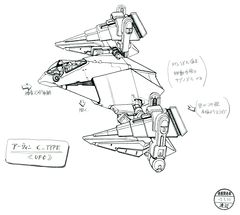 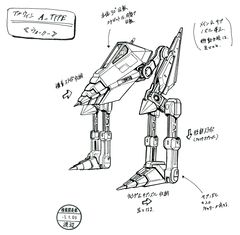 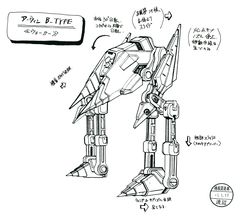 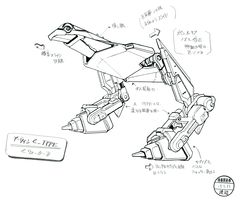 This art is all marked with the stamp of EAD's Tsuyoshi Watanabe, 3D Shape Designer on Star Fox 2. He's also worked on all of the other games: Mario, Donkey Kong, Zelda, Wave Race, 1080°, Mario Kart, Mario Party... you name it.

The date stamp reflects the Japanese date system, in which Heisei 7 corresponds to 1995. As shown in the screenshot galleries below, the Arwing designs evolved quite a lot throughout the game's development - accordingly, the designs shown here match the ones seen from the June 22, 1995 build onwards. These designs date to January 1995, which would suggest that the developers may have still planned to include the UFO transformation in some form much later in development than was previously assumed to be the case.

Interestingly, these designs name Miyu and Fay's model of Arwing as B-Type, and Peppy and Slippy's as C-Type. Although every known build of the game lists Peppy and Slippy before Miyu and Fay (or their earlier equivalents) on the Pilot Select screens, the graphics for the Arwings are actually loaded in the order this naming scheme would suggest right from the earliest known build to the final version. This suggests that although these particular documents date from later in the development process, the naming scheme used for the different Arwing forms was likely decided very early on in development, prior to any known build of the game.

In early 1995, several builds of Star Fox 2 were shown off to the press, showing the game in many different states between the publicly-available May 13, 1994 and June 22, 1995 builds.

Screenshots from a build with a November 25, 1994 date displayed on its title screen were shown in Nintendo Power Vol. #69, dated February 1995.

Unlike the May 13, 1994 build, the game now has a more polished-looking title screen complete with a logo. Due to the layout of the magazine article, a diagonal portion of the left-hand side of the image is missing. The plain black background and plaintext menu from the earlier build are retained, but the rest of the screen is very different to any of the publicly-available builds:

The map screen appears to have been worked on heavily since the previous build - again, part of the screenshot is missing due to the source magazine's page layout.

Locations on the map are now represented by unique graphics, rather than all appearing as identical blue planets as in the May 13, 1994 build. The layout differs greatly from the previous build, with Corneria situated in the bottom-left corner of the screen and most other locations spread across the top. The background nebulae have also been rearranged. Locations occupied by Andross' forces have a red static effect surrounding them on the map, which can be seen in action in offscreen footage of the later Winter CES build of the game.

The interface at the top of the screen has been completely redesigned, and no longer displays information for a second player. The Total Time counter, located on the far right of the screen in previous builds, has been moved to the center to make room for a new counter for Andross' ships.

Screenshots from another different build were shown in Issue #12 of Brazilian game magazine Super Game Power, dated March 1995. While an exact dating for this build isn't possible based on the available information, from the content shown it appears to be later than the above build but earlier than the build exhibited at the Winter CES in January 1995.

A second set of screenshots showing a similar or possibly the same build appeared in another gaming magazine.

The map screen has been rearranged again since the November 25, 1994 build. The interface and background elements all match the earlier build, but all the planets and other locations have moved positions. In this version, Corneria now sits at the center of the screen, and a green meter displays above the planet to indicate the percentage of damage taken. The Star Fox team's Mothership occupies the top-right corner of the map - it's unknown if this is the earliest documented build in which this appears, as the screenshot from the earlier build is missing a portion due to being partially obscured in the article it was sourced from.

A polished-looking Pilot Select has replaced the plain text version by this point in development, though it differs from the one seen in later builds in several ways:

This build's title screen is much closer to the June 22, 1995 build, featuring the same logo, background, and layout with a few minor differences:

The short cutscene showing Andross announcing his return is completely different, showing Andross' fortress floating in a nondescript area of space rather than in orbit around the Lylat system's sun as in the June 22nd, 1995 build onwards. Andross launches small ships from his fortress instead of the two large carriers seen in later builds.

The English script shown here differs from the version seen in the final build, though it's unknown if the corresponding Japanese script also differed from the final version at this point in development.

The English font appears to have been tweaked slightly at some point between this build and the final, as some characters appear slightly different in shape, most noticeably the lowercase "s".

The comparison above uses a screenshot from the final build so that the English script differences can also be compared.

The planets and other details have changed position again compared to the late-'94/early-'95 build, but still don't match their finalised positions from the June 22, 1995 build onwards. Corneria is still centred horizontally, though has been moved to the bottom of the screen, and the other planets have all been rearranged yet again.

Four of Andross' ships can be seen bombarding the locations on the map - comparison with the offscreen footage of this build shows that the screenshot must have been taken during the initial view of the map during the game's introductory cutscene, as after this the four ships disappear.

The Pilot Select screen maintains the same layout as previous builds, though the implementation of the Control Select and its accompanying graphics now match the later June 22, 1995 build.

As with the rest of this build, the on-screen text has been fully localised into English. The localised graphics differ from those seen in the final build - the green graphic to the left reads PILOT SELECT here and SELECT PILOTS in the final, and the yellow PARTNER text becomes WING MAN in the final. Curiously, the P cursor for selecting a partner remains the same in both versions, even though changing it to a W in the final to match the accompanying localised text would perhaps have made more sense.

The graphics used for the Arwings are different once again, though they appear to be the same larger size as seen in earlier builds.

The comparison above uses screenshots from the final build, to allow easy comparison of the localisation changes in addition to the layout differences.

Cropped images of each character's Pilot Select portrait. In this build Miyu, Fox and Falco all use the same portraits seen in the late-'94/early-'95 build; it's reasonable to assume that Peppy and Slippy likely follow suit.

As touched on above, most of the characters were given cuter, more heavily anthropomorphized designs for the final game. Peppy, Miyu, and Fay were redrawn with smaller muzzles, while Slippy evidently lost some weight.

The characters' Arwings also use different artwork - Fox and Falco's ships differ from both previous and later builds of the game. The other four pilots' ships also differ from later builds, though any comparison with earlier builds is impossible as no known screenshots exist showing their ships selected on this screen.

The basic shapes of Fox, Falco, Slippy, and Peppy's ships are similar, though the detailing is very different. Miyu and Fay, on the other hand, have very different-looking ships which appear more dart-like in overall shape - their final ships appear to be similar to Fox and Falco's with minor edits, and are more similar in shape to Lady and Saru's ships from builds up to and including the May 13, 1994 build.

This is the last known build where each Arwing's designation is listed on the Pilot Select screen - by the June 22, 1995 build, these had been replaced by a more detailed set of stats related to each craft. Along with featuring the above images of each pilot and their craft, the magazine also lists each craft's designation - however, as the available offscreen footage of this build shows the list to be inaccurate in at least two cases, this information is not reproduced here.

The second pre-title cutscene is very different at this point in development:

The menu which appears when pressing Start on the title screen differs from any other known build:

As noted in the screenshots for this build, the brief cutscene showing Andross' return is entirely different, situated in a nondescript area of space and showing him launching four small ships rather than two large carriers.

Interestingly, Andross' fortress does not reside on the main map screen, instead occupying an almost-empty secondary map screen not seen outside of this footage:

The Pilot Select screen offers a glimpse of another of the early pilot animations, as well as two more of the Arwing designations which were dropped between this and the next known build:

As expected from the different objective text given on the map screen, the Taitania stage exhibits some differences: