The long, open-ended third SNES entry, which returns to an improved version of the system used in Romancing SaGa. In Japan, it's considered to be the most popular and beloved of the SaGa games.

Enter the list of Pro Action Replay (PAR) codes, which enables All Towns on the map + Debug Mode:

On the world map, go to the screen with Mung Village, and with the cursor go to the bottom of this screen to find Neft's Den which now has the Debug Mode. 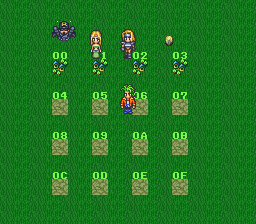 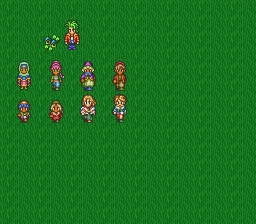 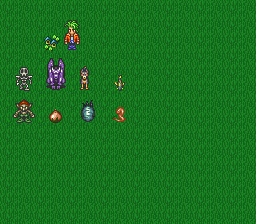 Talking to any of the characters on the Main Debug screen will play the Godwin's Cave collapse event (player will be taken to Loanne Castle).

Although Tomonori did receive credit for being a battle logic programmer in the previous game, this game does not list him in credits at all.