South Park Rally is a Mario Kart clone with South Park characters. Like most of the early games in the series, it was poorly received for being little more than a generic kart racer and an attempt to cash in on the cartoon's success. To say nothing of the difficult controls, confusing objectives, ludicrous physics, and cheatsy AI that has no trouble controlling their car while you struggle to turn without getting stuck between something.

That said, the PC iteration is probably the best version of the game, and if anything is so bad it's good.

Portraits of the Chickenlover, Mrs. Crabtree and a clown, meaning they were meant to be playable.

They can only be played through hex editing the game's files. 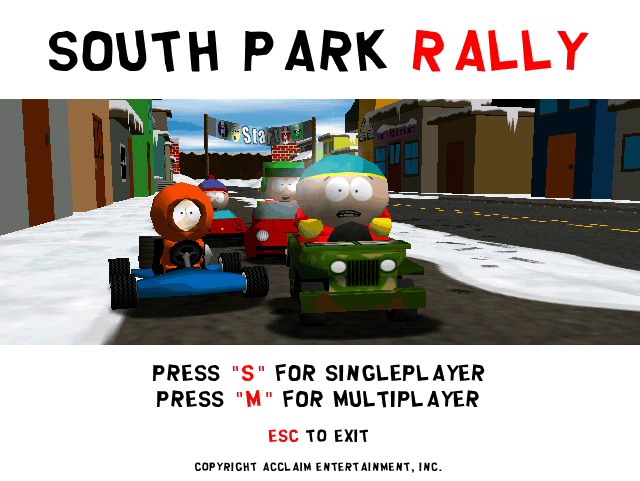 spintro.vram is an unused static title screen. Interestingly enough, the banner seems to be an early version of the race track banner, so it's safe to say this is an early screenshot.

All sound files are located in the sound folder.

Located under the subfolder voiceovers are a few unused lines from the Mayor, meant to be used for the results screen.

"The Chickenlover!" (File name: WG_CHICKENLOVER.wav)
While the Chickenlover (aka the Bookmobile driver) is the subject of the "Read a Book Day" level, he isn't playable and doesn't seem to physically appear.

"The clown!" (File name: WG_CLOWN.wav)
The only usage for this sound clip is an alternate version of "The tractor!" seeing as the one driving the tractor is a clown.

"Mrs. Crabtree!" (File name: WG_CRABTREE.wav)
While Mrs. Crabtree (the angry bus driver lady) can be heard when crashing into oncoming school buses, she herself is not playable.

"The tractor!" (File name: WG_TRACTOR.wav)
A tractor appears as a hazard in several stages, but does not seem to be playable in any capacity.

"Santa!" (File name: WG_SANTA.wav)
The jolly old elf doesn't appear to be in this game. He might be in the Christmas level, but this requires more investigation.

"Him!" (File name: WG_HIM.wav)
This seems to just be a filler line.

"Who the hell is that?" (File name: WG_WHO.wav)
Also seems to be a filler line.

"Open yourself to the magic of books!" (File Name: menu_snds.rbh)
An unused line that seemed to be played when you selected The Chicken Lover as a character, this was found in the menu sound file of the game which is a file dedicated to the playable characters, but in the final game, he is not a playable character.

"What did you say?!" (File Name: menu_snds.rbh)
Another unused line, this time belonging to Mrs. Crabtree.

Chicken Lover Voice Effects (File Name: chickenlover.rbh)
This is an entire library of the Chicken Lover's voices, these were supposed to be meant for Chicken Lover when he was a playable character in the early stages of development, but since his appearance in the character selection screen is absent, this goes unused, some parts are corrupted.

Mrs. Crabtree Voice Effects (File Name: mrscrabtree.rbh)
This has the same case for the Chicken Lover's voice, but this time it's Mrs. Crabtree. Very few parts go used for the stage hazard, very many were going to be used if she was playable. 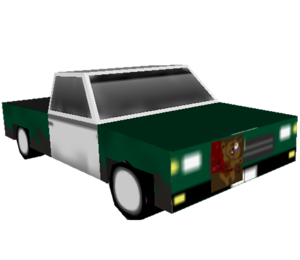 Files called "Kennysfather" exist and can be viewed by swapping them with files of any of the playable drivers. It's a large truck with roadkill attatched to the front. Judging by the size, it was most likely meant to be a stage hazard, much like the school bus or the tractor. There is also no voice files or war cries from Kenny's Father files, so it is speculated that he was most likely scrapped very early from development. 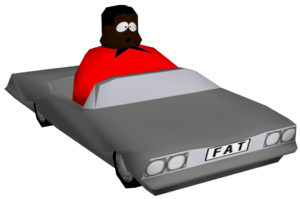 In the game's "art" folder, there are model and texture files for an unfinished playable character named "Fat Abbott". In the television series, he was a parody of the cartoon character "Fat Albert" from "Fat Albert and the Cosby Kids". Interestingly enough, in the Television series, his name was spelled "Abbot" and in the game's files, they misspell him as "Abbott", clearly, this was a typo, and the collar on his shirt is also black instead of white, most likely to avoid copyright issues had he made it into the final product. He doesn't have any "_anim" files like the other playable characters, or any sound clips, so it's possible they removed him early in development for legal reasons. 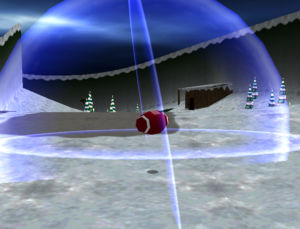 This model can be found in puck.rbh and the textures in puck.vram. If you swap the strings in the exe file "ANTIDOTE_RENDERSTREAM" to "FOOTBALL_RENDERSTREAM" you get the model like shown in the image on your left.

Was meant to be used on Football race but that idea was scrapped.

These textures were found in the puck.vram. The Triangle of Zinthar was probably meant to be a collectible, and Ike was a throwable item.