Lieutenant Commander Worf's log, Stardate 71203.42: I've been given the task of protecting and saving the Alpha Quadrant as we know it from both the Borg and a powerful new enemy named the Hur'q and all the help I have is a bunch of raw recruits. These budget cuts are horrendous. 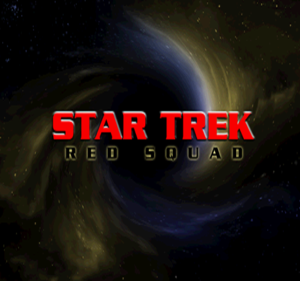 "Red Squad" was the working subtitle for the game. This screen and the name of the player's Valkyrie unit are all that remain of it.

In the files of the demo, the screenshots are present at a full 640×480 resolution. In the final game, they've been shrunk to 512×240. Nevertheless, they're unused in both. 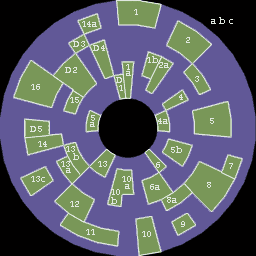 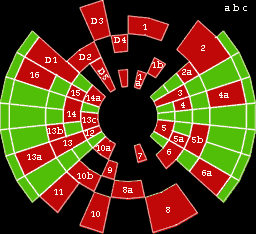 Two different mockups and layouts of the level select screen.

Before deciding on a separate German release, both it and English languages were going to be on one disc with a standard language selection screen added onto the intro. German UI resources exist on the US and European discs, but bizarrely no German flag - just the British one.

The Borg have adapted to our weapons, they're now coming in diminutive blue cubes emblazoned with "Spud Pt."

Buried among the German resources is this graffiti proclaiming the former presence of Naughty.

Two UI resources. One is a "Cardassian Fighter" screen title, and one is presumably a rejected section of the Dual Mode craft selection menu.

The file identifying Mission Two's objectives has one which is commented out: "Gain Brennan Information". Most likely this is due to the Romulan commander directly spouting the information about Captain Brennan once you've got the Warbird's shields down, without you having to do anything special.

Near and amongst the strings for the cheat menu are these:

Messages relating to the AI stack and navpoints are present in the Demo's resource file, but not in the final game's. In addition, turning on bits next to the actual cheat menu options of "All Weapons" and "Player Can't Die" don't do anything, leading to the conclusion that this is all that remains of them.

The RIFF-style model files have a build date of sorts, "9th February 2000, 15.30", embedded in their LODC chunks. The date and time is the same for every model and didn't change between the demo and final, so what it's the date of is unknown.