The Stanley Parable is a game about choice, a British narrator, and the lack of (or, alternatively, the inclusion of) free will in video games. It's...hard to explain, to say the least.

An expanded version, The Stanley Parable: Ultra Deluxe, was released in 2022. 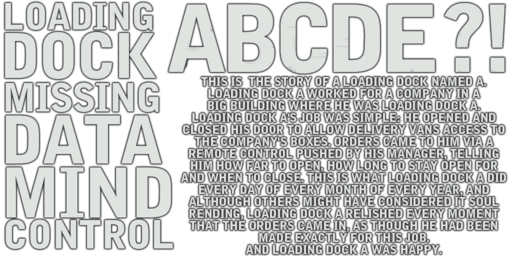 With the exception of the words "LOADING DOCK ABCDE", this image is entirely unused. It features an early sign for the Mind Control Facility as well as an altered line of the opening text that replaces Stanley's name with "Loading Dock A".

A Minecraft version of the "Nodraw" Hammer tool. Stored with the Minecraft graphics. 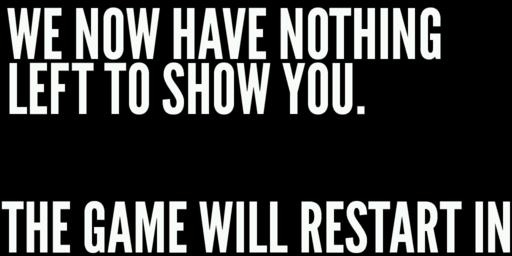 Text from a scrapped part of the Confusion Ending.

An unused (and very happy) screen for the monitor room.

Although this screen is used (it appears above employee 001 in the monitor room), it's almost impossible to see Clippy or what he's saying, even when standing right below it in the Confusion Ending. 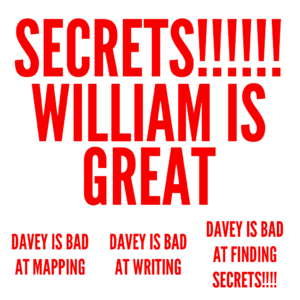 A message from a developer taunting another developer.

There are also lots of leftover Portal 2 textures scattered around the materials folder, including chapter previews, co-op HUD icons, and GUI elements from the Robot Enrichment store.

Certain commands entered into the developer console will result in Easter eggs instead of actual development things:

There are a couple of secret commands that can be entered during gameplay, instead of in a console, that enable Easter eggs:

*References the cubes. **The game used Portal 2 as the base engine and source code. Maybe the devs spotted the Gels and removed them from the game's source code.

forcebackwardswalking and allownormalwalking: These inputs for the player entity configures whether or not to only allow backwards movement. Why they're in The Stanley Parable is because two months before release, the development team was also working on Davey's next game called The Beginner's Guide, using the former as a base by running the maps in The Stanley Parable.[1]

The player model used for "Stanley" is not actually the model for him, but instead is the model for the unused Portal-like Chell found in Portal 2, without proper textures and no functional animations other than the reference pose. This is because she was not properly set up for use with the animations, as they were made for Chell's Portal 2 model. 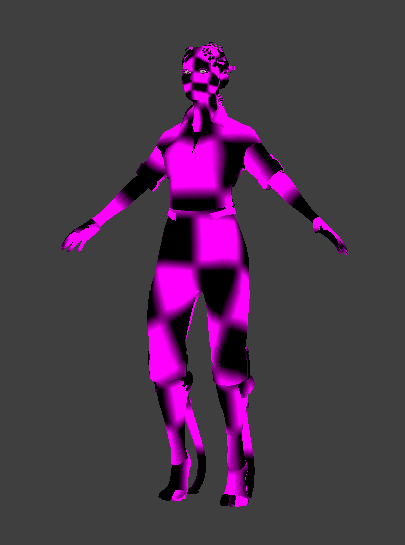 Leftover Entities from Portal 2 and Half-Life 2

There is unused narration that's meant to play in the Playtest Ending after dropping into the hole. However, these lines (with the exception of the third) and their soundscripts are called PlaytestFinale_1_00 and PlaytestFinale_2_00 respectively, whereas the actual map is looking for PlaytestFinale_1 and PlaytestFinale_2. Because these quotes are played from ambient_generic entities and the third quote has no inputs or outputs to ensure it too plays, it goes completely unused.

In turn, this unused dialog from the Museum Ending hints at it originally being more similar to the mod. The standalone game instead has Stanley fall into the machine.

In the Museum Ending, there is a large room dedicated to unused narration takes that are not otherwise heard in the game. The narration can be found in the "echoroom" folder in the game's files.

Located in the "sound/ambient/levels/canals" directory are some unused sound files labelled headcrab_canister_ambient.

One piece of music (officially called Anticipating Stanley) goes unused in The Stanley Parable, though it is used in the demo.

The map for the Baby Game includes entities to implement an unused, simpler version of the ending obtained after playing the Baby Game for four hours. There is an env_fade entity that fades to white and a series of game_text entities that display text in the game's default font:

These entities are present in the map file, but they have no inputs or outputs, so the game never actually triggers them. The entity names are similar to the ones in the used ending: whitefade and finaltext[1-3] in the unused ending, whitecamera and finaltextb[1-7] in the used one.

To prevent secrets from being discovered too quickly, many of the game's files were initially stored in an encrypted archive at platform/dump0.tmp. After a decryption tool was released by a third party, an update removed the archive and placed all the files into the game's content directory.

After a schoolteacher complained, the "Choice" video was changed to show more wholesome values.

The next slide was similarly edited to show Steven considering setting fire to orphans rather than actually doing it.

The original version of the Baby Game ending has what the developers call a "weird black monolith" obstructing the text. This is caused by the door for the puppy not closing, and has since been fixed.