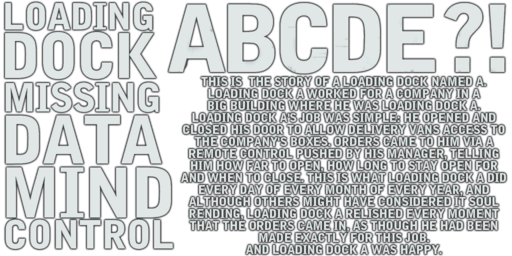 The Loading Dock text from the first game reappears, with the same intro text joke. 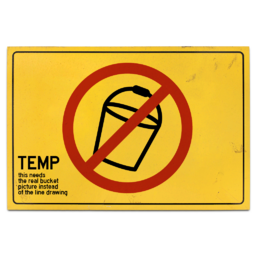 this picture is EVERYWHERE now and i want you to know that I TOOK IT. i'm not kidding source: (just look at the link under here.) - dom 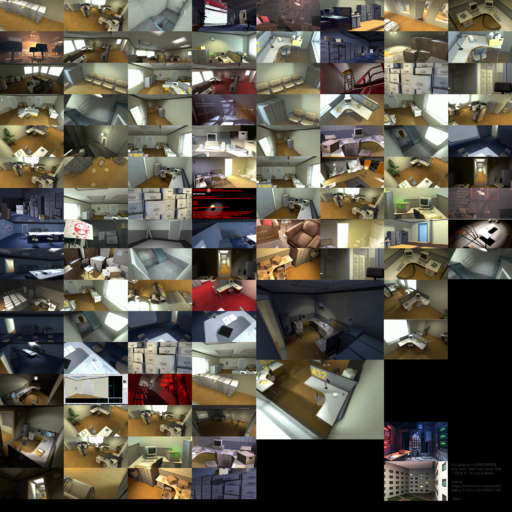 In the bottom right corner, there is a statement from Dom, the game's art director, stating the image to the left is his, including a link to the tweet proving his point.

Within the texture of a, as the files call it, "Royal Pillow Beautiful Sexy Damn", is a little secret agent showing a secret in his coat. There's also an edited image of famous creepypasta Ben Drowned on the texture of the pillow, which would be nearly impossible, if not is impossible, to see. 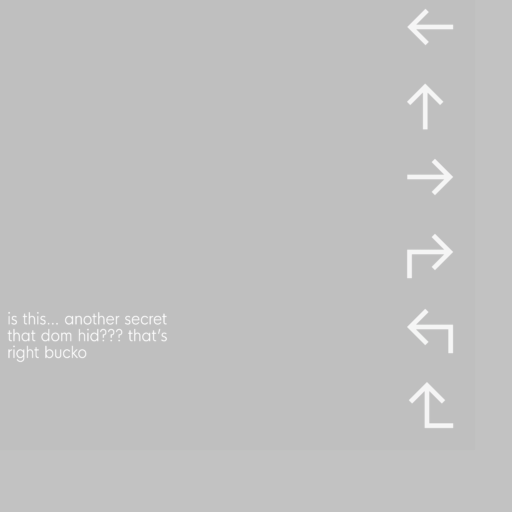 Dom at it again with secret messages. 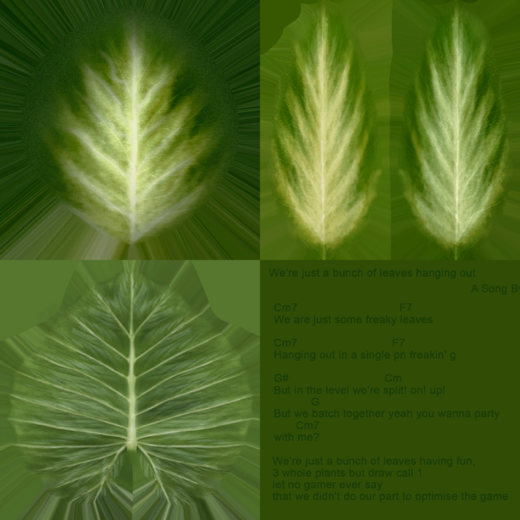 A combination texture of leaves leaves a little song for those inclined to rip the textures. 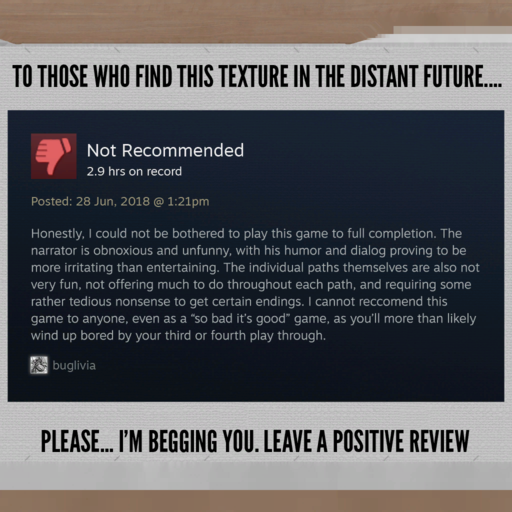 A message left on several textures of Steam reviews, begging people into publishing a positive one.