The result of putting a mobile device, Bejeweled 3 without Quest Mode, useful and useless extra features, advertisements, microtransactions and paywalls all in a blender. 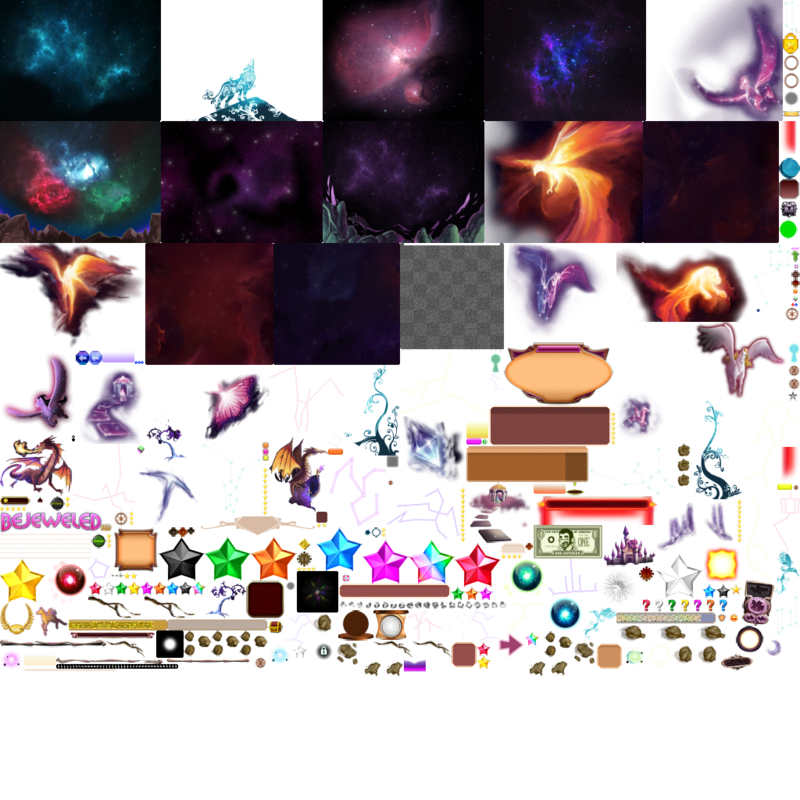 There is a PLETHORA of unused graphics in this sheet, ranging from generally unused textures, logos from previous versions of the game, and leftovers from the PC/Mac version of Bejeweled 3. In this sprite sheet, there appears to be: 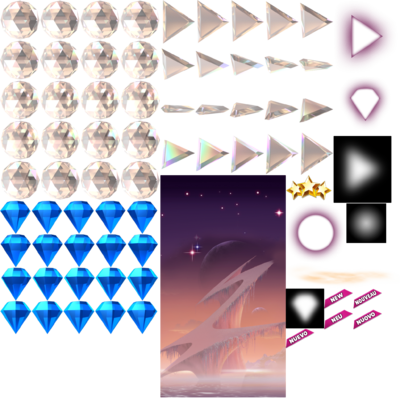 There are a few unused graphics in the main menu exclusively for phones with portrait mode:

Like how the iPhone and other phones have those graphics, there are also exclusive graphics from the main menu here, but more interesting. 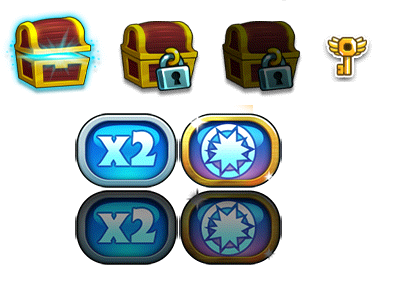 The arrow from an earlier main menu remains unused in Classic, even after several updates.

Most of the sounds heard here are mostly from Quest mode, which was removed in Classic.

Alchemy quests do not exist since Quest is absent, so it goes unused.

The crystal orbs do not fly out when you get a game over or head back to the title screen. The game just fades out.

Similarly to backtomain.ogg, the crystal orbs do not fly in when selected, the level just appears in a fade in when a game mode is selected.

Once more, because quest mode was removed, this sound will not play.

Same reason as the sound above.

Same reason as firework_crackle.ogg. The other two sounds below are also for Quest mode.

As there is no special hover text when you select a Special Gem in Classic, this goes unused.

Some sounds were changed in Bejeweled Classic's development, for some particular reason.

This sound was replaced entirely, it's now just a little "ding" sound.

Different explosion with what seems to be more glass shattering. What's odd is that this isn't used for a Flame Gem exploding, this is used on the Lightning mode for the iPad version when you run out of time.

Bejeweled Classic's has a more whimsical-sounding version of the crystal ball being selected.

The match sound has the whoosh from combo_1 removed.

This uses the combo sound listed here with a high shiny ding noise.

The star gem explosion has more of a surging and combusting noise rather than a zapping noise.

An alternate version of the bomb gem being destroyed, sounds more destructive than the original from Bejeweled 3.

Like gem_countdown_destroyed.ogg, the explosion of the flame gem explosion sounds more destructive with glass shattering and with a loud slam at the start.

The sound from Bejeweled Classic is 3's but sped up.

The steam releasing from the valve sounds more condensed in Classic than 3's.

Again, Classic sound is 3's but more sped up.

Again, Classic's sounds more surging than the original sound from 3.

The flame gem being created in Classic sounds more brighter with some background audio removed, the new inclusion is a "TAN" noise

Gaining a new rank in Classic uses a rising noise rather than using Zen's game menu transition from Twist in 3's.

Classic uses 3's but with the inclusion of a new foreground noise while fading out.

Once more, the sound is only sped up in Classic.

If you modify your save file in Bejeweled Classic on gem's value like in Twist or 3, you can access secret and unused gems not used in the game.

Bomb Gem code still exists in the game, but because Quest mode was removed, you don't get a game over, but instead the game only crashes. The font for the bomb's counter also doesn't appear, but the steam still does.

Doom Gem code also exists from 3, but still unusable since you can't make matchless moves like in Twist. It does exist because in the video, you can't match it since Doom Gem graphics don't exist in the game files.

The Detonator all the way from Bejeweled Blitz still works the same way in Classic. 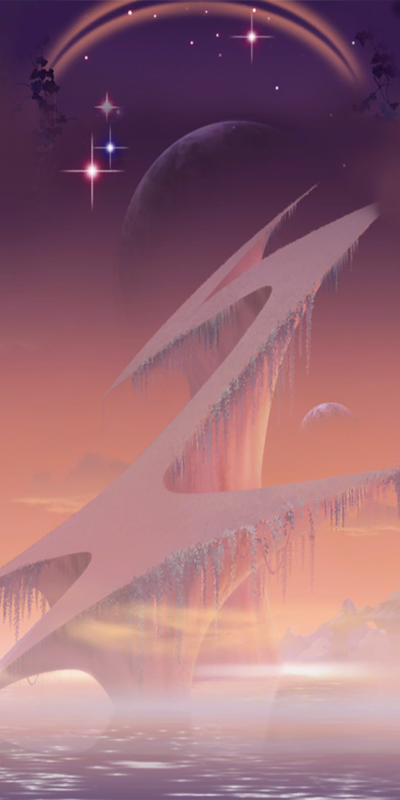 The background used in the iOS and Android versions uses Ice Storm's ice trail in the middle, but the rest of the background is entirely different. The title screen is also hue-shifted. In the iOS version, tilting the device tilts the background. 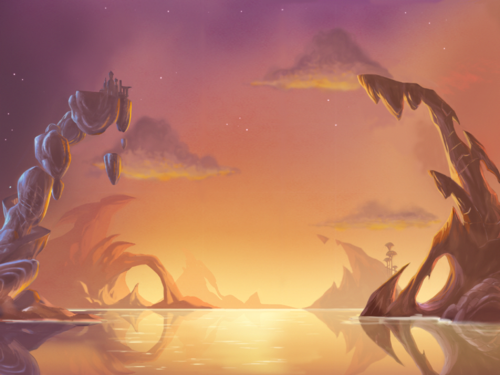 The iPadOS' background uses an entirely different background that is unique from Bejeweled 3, there are also two foreground elements that make it so when you tilt the screen, the gyroscope makes it have a perspective view. In this background, there are 2 cliffs where the one on the left seems to have some sort of palace at the top. Some large boulders also seem to be falling or floating on the left cliff too. The rest are also cliffs and mountains and there is a giant sea at the bottom.