The PC version of Bejeweled Blitz is the fourth game of the popular match-3 puzzle series. The sequel was built directly upon this game. It has only one game mode: Blitz. The players are given only 60 seconds to score as many points as possible. The players can collect coins to buy various powerups to help increase their score. It has better graphics than its Facebook Flash game counterpart, but lacks some features such as Rare Gems or Daily Spins. Those features were promised to be added sometime in 2011, However, PopCap decided to focus on the Flash and iOS counterparts over the Windows counterpart, meaning that the servers for the Windows version got discontinued, with the game downloads being pulled from the site as well.

As with most games made by PopCap, this game packs most of the resources to a single file named "main.pak". You can extract the resources by using QuickBMS with this plugin.

BejBlitz.pdb is present in the root of installation directories of the two newer versions of the game. It contains the majority of the symbols for the game, newer proprietary version of the commonly used framework and E-Commerce library. The file were most likely built on the exact same date as the wrapper executable. 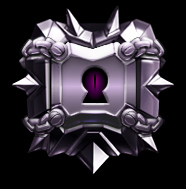 A graphic of the Doom Gem from Bejeweled Twist. Interestingly, the same unused graphic is found in Bejeweled 3. 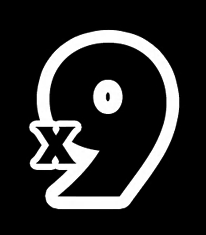 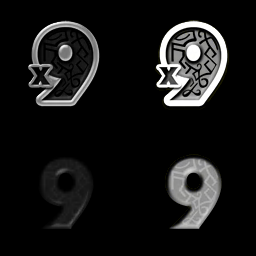 Bejeweled Blitz at some point had the x9 multiplier gem planned? Either way, being scrapped out from the final game and its updates, the graphical data remains.

In a Discord message from Jason, the Dragon Stone was originally going to act like Skull Gems from Bejeweled Twist and ate gems until it reached the bottom of the board.

An image of a mouse.

Snackers is the cat of PopCap co-founder and Bejeweled creator Jason Kapalka. In the Flash version of the game, she shows up when "Cat's Eye" Rare Gem is used. None of the other Rare Gems graphics exist in the game, so this graphic was possibly intended for a plain cameo appearance, like in Bejeweled Twist.

Being released before Bejeweled 3, the music tracker file of the game contains a handful of sequences that are either modified or left out in the final .IT file.

Offset 32, with tempo 112. Unlisted from the IT sequence.

Offset 14, with tempo 112. This early Butterfly track fragment with different instruments are revealed to initially be part of Zen mode's music, as per from the additional comment: zen (use "cue02" accompaniment)

Offset 43, with tempo 112. Classic mode track segment but with a higher pitch.

Offset 33, with tempo 112. Classic Part 4 track segment but with a lower pitch.

These sound effects were later used in the sequel, but the format was converted to wav.

In Bejeweled Twist and Bejeweled 3's Classic modes, this sound will be played when the "Instant Replay" button appear. There's no Instant Replay button in this game.

"Game Over" voice. There's only a "Time Up" voice at the end of the game.

"Level Complete" voice. This game has no level-based modes.

The music file (music/Bejeweled3_suite.it) contains some notes from composer Peter "Skaven" Hajba. "The Alchemist" refers to an earlier original song of his.

Pressing CTRL-ALT-D will play a sound to indicate debug key input is enabled, allowing options of typing unique keys for debugging displays or mechanisms, another use will disable it, a few were added and modified.

The game's executable mentions developer command lines for starting the game. It's not friendly with commands using spaces, so use = instead. The majority are the exact same as Bejeweled 3 but the majority don't really work, however the game has one unique.

Going by "Update 1" in the "readme" file, this one made a slight number of internal changes.