Gauntlet Legends is an enhanced port of an arcade game released in 1998 by Atari Games. It is a fantasy themed hack and slash styled dungeon crawl game, a sequel to 1985's popular Gauntlet and 1986's Gauntlet II. 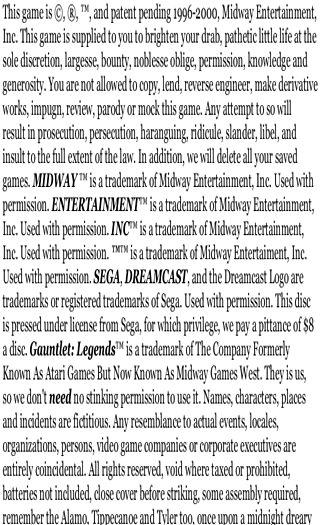 legal.mv1 is an odd, unused legal screen. The file itself is a single frame FMV.