Gauntlet: Dark Legacy is a prime example of what DLC was like before online services existed. This acts as an "expansion pack" to Gauntlet Legends (although it is still a standalone game, and a good one at that). 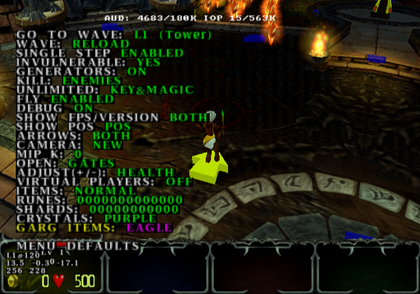 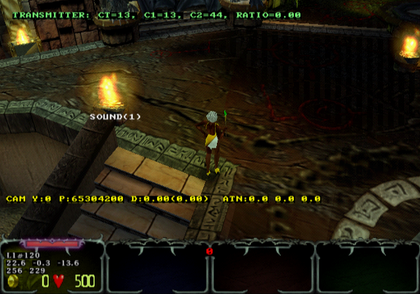 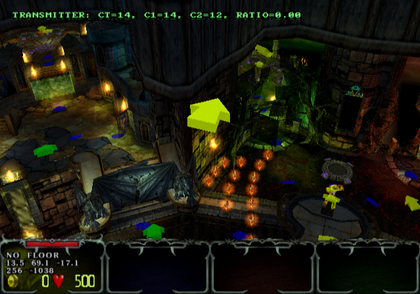 Enabling the below code will re-enable debug functionality. With the code on, press Select to bring up the debug menu. Pressing R2 will enable debug information, though it isn't advised having this active as it is prone to crashing when loading a level. The debug menu allows you to level up your character, add health or money, toggle invulnerability, enable debug info, and choose levels to enter. Toggling Debug Fly allows your character to levitate upwards when Triangle is held.

Enable Debug Info When R2 is Pressed (Above code also needs to be on):

The GameCube version of Gauntlet Dark Legacy contains a total of three unused debug rooms, all of which can be accessed with the following Action-Replay codes. 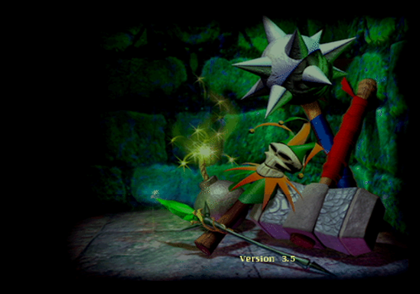 In the GameCube version, press R + Z as the game reads from the Memory Card at the title screen to skip to the credits sequence. If the buttons are held, the game revision will be displayed in the lower-right.

The USA Rev 0, USA Rev 1, and Europe releases of the game are all identified internally as Version 3.5.

Once this has been done once in the current session, the credits warp can be performed again from screens other than the title screen, such as any of the three opening FMVs, the Game Over FMV, or the attract sequence. 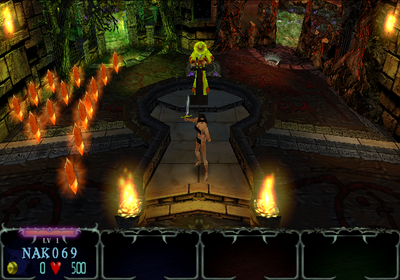 There is one playable character model that was made inaccessible in the console versions of the game. There is a cheat listing for NAK069, which is a naked woman with black censor bars over her crotch, chest, and eyes. This cheat code is disabled, however the model remains in game. The following codes allow you to load the model by using the name AYA555:

Skorne's theme is generally seen as one of the buggiest tracks in the game, as it is prone to jumping (stopping/starting) and occasionally distorting in pitch or fading out instead of looping as intended. It is thought to be something to do with scratched or otherwise-damaged discs, as a large chunk of disc space is dedicated solely to the music and quality thereof.

However it is only when the music tracks are decompiled that it's seen that Skorne's theme was originally much longer - so much so that it was separated into parts.

(Video of the theme heard in-game is included for reference.)

Yeti's Cavern has a music track which is distorted, often exhibiting fading-out/cutting behaviors like Skorne's theme. The decompiled track also has a roar sound effect at the beginning of it, which is unheard in-game.

Light is one of the four elements consistently used/seen in the game. It is available as a potion, an amulet, and a shield, but strangely not in breath form. It is only referenced in the sound file for Sumner announcing it when you first pick it up. However, it cannot be heard normally in-game, as the item is not placed in any level.

Sumner has a variety of unused announcements, including some leftovers from the original arcade release. Currently, these files are known to exist in the PS2 and GameCube versions.

Both of these are present in the US GameCube versions.

Sumner hints from the arcade version that play when you are low on health would encourage you to buy more health by inserting coins. These hints do not play in the console versions but the text for them is still loaded.

There is leftover text describing a "Gauntlet Dark Legacy Demo":