A prequel to the best-selling trilogy and Bungie's swan song to their involvement in the series, Halo: Reach added some needed tweaks to the level-editor "Forge", armor abilities, updated visual effects, and a campaign that followed the NOBLE Team on their suicidal mission to try and save the planet Reach. The game was regarded as a huge success, though many disliked it due to the exclusion of Master Chief and rather different feeling than the classic Halo trilogy.

Halo Reach stores the images it uses for its maps as .blf files inside the maps\images folder, which are then put into .mapinfo files which the game reads to display information about a map in-game. Until Halo Reach was re-released as a part of Halo: The Master Chief Collection's release on PC, the following were never before seen.

There are several unfinished scripts found in the game's code. They were brought to full functionality and shown in the videos below.

Hold (X) to board Hunter

A feature meant to be used in Firefight and Campaign. It enables the player to hop onto the back of a Hunter, similar to hijacking a tank. The player can then melee the Hunter, and even plant a grenade for an instant kill. It includes unique animations for holding onto the Hunter, and attacking it.

A cut assassination animation on a Guta. The Guta does not have an animation to go with it.

This weapon (called sniper_rifle_june internally) is the weapon given to Jun during the Falcon ride with Emile and Carter. It's never meant to be used by the player, but by giving it to the player, it's a Sniper, but with a charge up time, a very inaccurate laser sight, and extremely weak damage.

Within Halo: Reach there aren’t a ton of unused graphics within the files, however there are still plenty of interesting images in both the beta version and the retail version of the game.

Teleporter… What is this, Quake?

The Sabre and the Seraph have Tool of Destruction icons as Bungie planned to have a Sabre Slayer gamemode where players would fight other players in Sabres (see "Gametypes").

There are several different game modes that never made the final cut of Halo: Reach for one reason or another. Some game modes were added later on with the Action Sack playlist, others were remade by modders and some have not come to life at all since there isn’t enough information about them.

Guta and Buggers in Firefight

Both Gutas and Buggers were cut from Firefight in the final game. With mods, they can be re-enabled in the options and work as intended.

An option in Firefight for Covenant to fight each other. It appears that Covenant of similar species (i.e. Jackals) will work together to kill other species.

In early versions of the game Bungie played with the idea of including a Team Slayer gamemode where everyone is forced to stay in a Sabre/Seraph, similar to how Race forces you to stay in a Warthog/Mongoose. The gamemode was ultimately scrapped as it was seen as “too repetitive” and would also give the console performance issues. The gamemode was remade by modders later on.

There are a few unused audio clips which were cut for various reasons.

Four of seven Armor Abilities have recorded tutorial dialogue. Presumably cut in favour of allowing the player to hold Back on the controller, and read a short blurb about their current weapon and armor ability, at any time in-game.

Need to upload these files.

Audio found on Winter Contingency, was going to play after discovering and encountering the Covenant for the first time.

This was going to play during the encounter with the Gutas during Nightfall. The Guta were drastically scaled back by the end of development, originally appearing on a few missions, now just one. This dialogue is the last remnant of another cut mechanic, Covenant using them in battle.

Tip of the Spear: Scarab Fight

Dialogue placed during the Falcon ride with Jorge, but before you get to the Spire. One of maaany cut Scarab encounters in Reach. 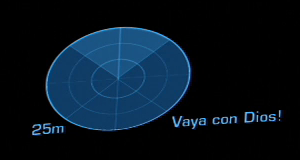 Extra named location markers were cut from the game. They were intended to be used to mark zones, just like ones in multiplayer maps.
Cut locations include: Most of these were wrong, need to verify and clean up the table