Halo: Combat Evolved was the biggest launch title for the Xbox and is commonly credited for attracting a large audience to the Xbox. With rather compelling gameplay and being the one notable gem among an otherwise mediocre launch library, it's no wonder it gained popularity fast. It also propelled Bungie into a much bigger role in the industry. 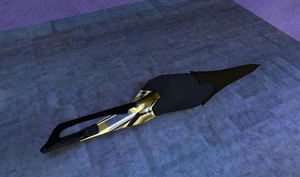 An unused weapon included in the game's files. It does not have a first person model, projectile, or string. It will create a bright flash when shot at a nearby solid object, similar to the effect of a flamethrower.

Although a usable weapon in the Windows release of Halo: Combat Evolved, the flamethrower never made it into the players' hands on the Xbox. It turns out that the files were actually on the Xbox version's disc, and were able to be modded into the game. 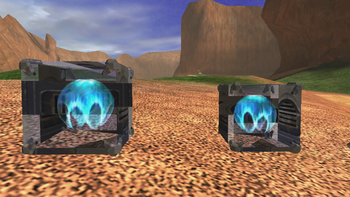 There are 2 powerups that go unused which can be accessed with "cheat_all_powerups" on the Windows version (add -devmode to the shortcut). Both powerups display "Picked up a flamethrower" when you apply them.

The slowmo powerup makes a strange noise when you pick it up. While your movement speed on foot is unchanged, in a vehicle everything is much slower than normal. The speed of which items fall is also significantly decreased.

The other unused powerup makes no sound upon pickup and doesn't appear to do anything at all.

The Engineer is an enemy that goes unused in the game because Bungie didn't have the technology or time to make them feel right. Due to its late cancellation from the game, its model and textures are still intact on the game's disc and have frequently been re-implemented by modders; albeit without AI or animation. They would not make an official in-game appearance until Halo 3: ODST, despite frequently featuring in the Halo novels, as well as managing to make an appearance in the official Prima Guide for Halo: Combat Evolved. 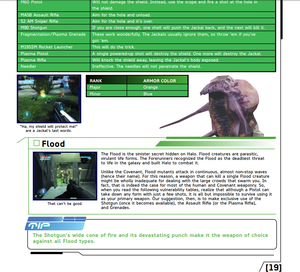