This page details one or more prototype versions of Halo 3. 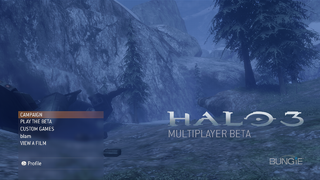 The Multiplayer Beta of Halo 3 was released on May 16, 2007...and is pretty much the only reason people purchased Crackdown.

At this point in Halo 3's development, the engine still mostly used Halo 2's method of listing maps through the globals\globals.matg tag. In addition to the 3 playable maps everyone saw, the globals tag includes the names of other levels which were not included in this build.

Every level has a parallel with the final release, so nothing particularly interesting here. Slots 3/4 are identical.

A tad more interesting. Some levels have a full description which could mean a variety of things, and there is even an unused map! A bold title denotes a level that was included in the beta.

The beta can operate in three different "states" of usage which can be manipulated by changing the value of long 0x828C49A8 while the game is running, or replacing each reference to that offset to always load the chosen value into the given register.

In the unlocked state, one can see all the lobbies the beta has to offer. They all normally require an Xbox Live connection to function, but setting the li instruction at 0x820E29C0 (non-update) or 0x820E29B8 (update 2) to load 0001 instead of 0000 this requirement can be bypassed. 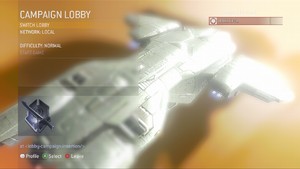 Quite useless since there are no available maps, but at least it looks cool. 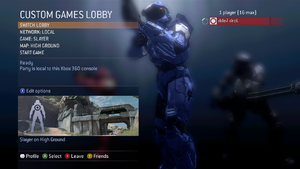 For some, this lobby may be familiar, as there was a glitch discovered which allowed access into it. Once unlocked this lobby is fully functional, with the ability to change gametypes and tweak settings. Saving is supported.

Every mode is featured in the beta, with a few predefined flavors and/or settings only seen in the beta. These can be seen in the multiplayer\game_engine_settings.wezr tag.

King of the Hill 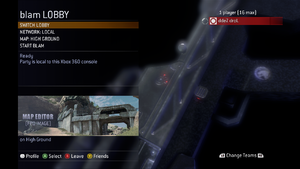 The beta hides an early version of Forge! The name "blam" is a placeholder, and is seen in other areas like the armor menu. As seen by the image, there is also no icon for Forge, instead having the text MAP EDITOR [FPO IMAGE]. 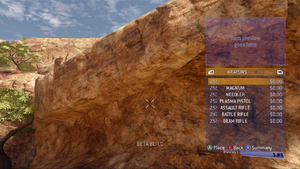 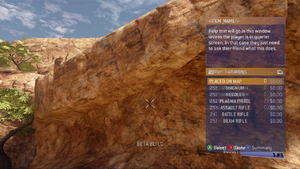 All 3 included maps are supported, with each map having a different palette. A big difference in the beta Forge is that every and any object can be manipulated, and is not limited to palette objects like the release Forge.

While there are 7 palette categories, the engine is only set up to use of 4 of them. The summary menu is drawn overtop the palette menu, making it hard to read.

The monitor has a strong light pointing forward over the reticule, and there are no controls for moving vertically. Spawning objects results in the new object falling to the ground rather than being automatically grabbed. Maps can be saved.

Unknown to the public, the beta did support armor variants. Every string in the menu is blam, and the preview window never updates, making it hard to navigate.

There are 5 sets of armor available, with 2 extra variants of the standard Mark VI helmet. During the original run, all players were stuck with Mark VI.

There are a handful of debug functions within the beta that still work. All can by activated in memory by setting the appropriate value. 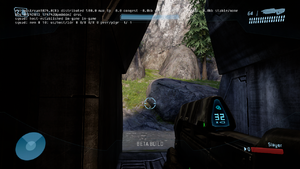 The first line shows various bandwidth information when in a networked game. The second line shows info about you, mainly the date and profile name/gamertag. The third and fourth lines display information about your party. 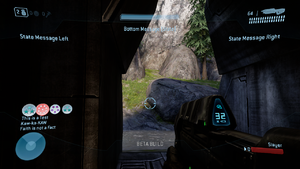 Activated by setting byte 0x8293DCDF to 01. Prints text to different areas of the screen and spams the killfeed with medals and text. 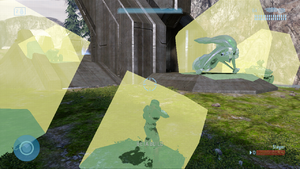 Activated by setting byte 0x8291CB49 to 01. This draws every object's bounding box in yellow. 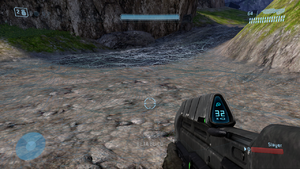 Activated by setting byte 0x8291CB12 to 01. Bungie took great pride in the water systems of Halo 3. This will redraw water as wireframe for better visualization. 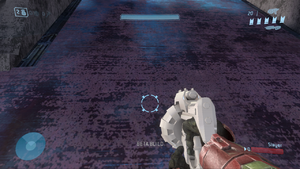 An unfinished Mauler can be found on Snowbound. It is untextured with a simple firing effect and lacks a reloading animation. Can be dual wielded like in the final game.