I guess we spoke too soon on forgetting Hocotate Freight's petty debt. A rerelease of the Wii U's Pikmin 3, Pikmin 3 Deluxe features all the original DLC content from the original game plus a new co-op option for the main story mode, selectable difficulty modes, achievements in the form of badges, as well as a whole new side story where you play as Olimar and Louie before and after the events of the main game!

This article brought to you by Hocotate Freight. We have plenty of money and are totally not constantly in debt!

Two test images can be found in the games files. One appears to show an early version of the Side Stories menu... 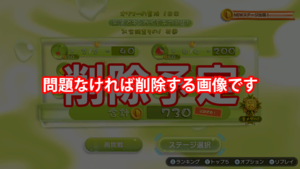 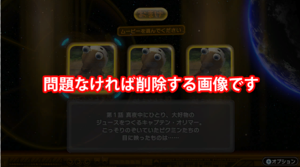 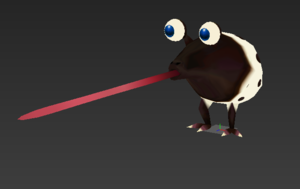 An early version of the Whiptongue Bulborb. Due to its low polycount and relative simplicity, it can either be assumed that this is from the days Pikmin 3 was being developed on the Wii or as a placeholder.

Unused menu music similar to the one used in the Side Stories mode. Likely would've been used in the cut menu for the Pikmin Short Movies.