This page details one or more prototype versions of Frogger (1997).

This is a development build of the Windows version of Frogger which appeared online in 2017. It was distributed to one of Hasbro Interactive's partners in the late 90s. It is fairly unstable and buggy, and contains a fair number of differences from the retail release.

Instructions for setting up this prototype are available here, or alternatively, here.

The prototype version contains small changes in many levels, but there is one level which was drastically changed: VOLM, The multiplayer industrial/volcanic level.

The multiplayer menu is different in the prototype version from the final game. 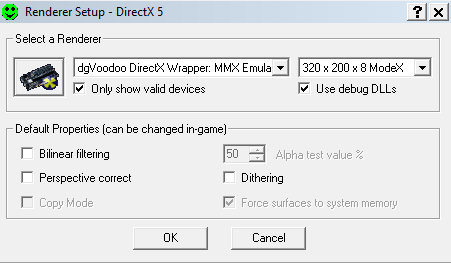 This is an early version of VIDSETUP.EXE, offering much more debug-tailored options than the final program.