This page details one or more prototype versions of Hitman 2: Silent Assassin.

A Windows build of Hitman 2: Silent Assassin, compiled about seven months before the final build. For comparison, the retail build number is 271. 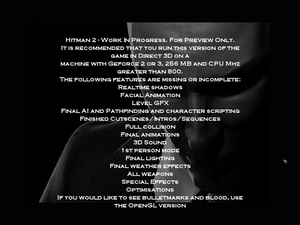 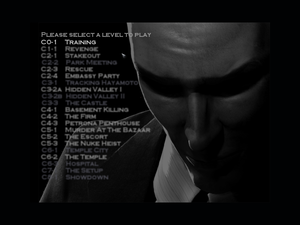 A late PlayStation 2 build of Hitman 2: Silent Assassin, compiled about one to three weeks before the final build. For comparison, the final PS2 EUR executable is dated on August 26, but the asset files go as far as September 13. 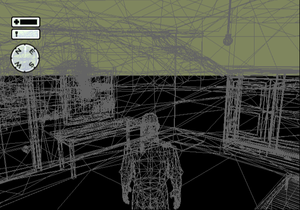 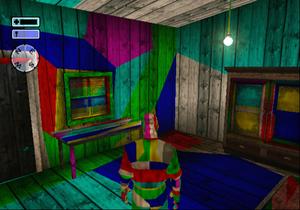 This build comes with a bunch of debug options that can be enabled by uncommenting EnableControllerDebugKeys in MAIN.INI and using the 2nd player controller.

Pressing R1 cycles between normal, wireframe and whatever the colorful one is supposed to be.

Pressing R2 toggles a free-moving camera, which can be moved with the directional pad.