This page details one or more prototype versions of Hover! (1995).

There were several Hover! prototypes bundled with Windows 95 betas. 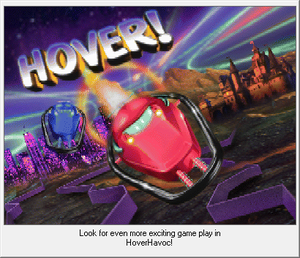 Splash screen of this version.

As compared to the final version of the game, the following differences are found: 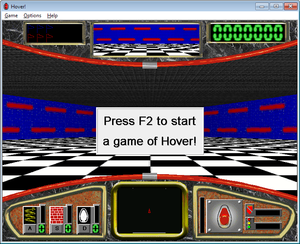 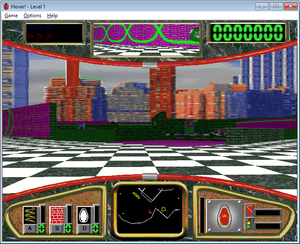 There are quite a lot debugging functions callable by adding back menu items with a resource hacking tool like Resource Hacker. The following MENUITEM IDs are known:

Additonally, the statusbar and WavMix32 menu items already work as in the final version.

The effect of following IDs is unknown:

To quickly experiment with the debug options, add this POPUP menu section back into the menu resource of the games executable:

Just a week later (according to the build date), the game almost completely transformed to the final version. Compared to the previous version, this build differs in the following: 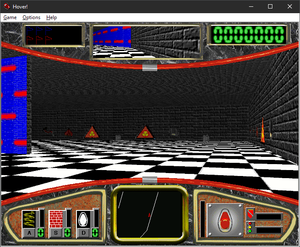 The area behind the wall in Small.maz. 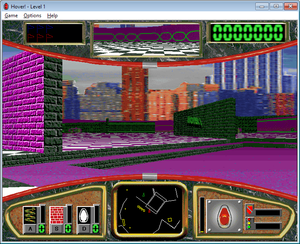 Steps are smaller on two sides. 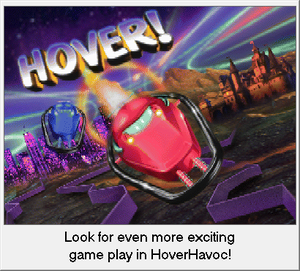 Splash screen of this version.

This build is even closer to the final, mostly just being polished rather than developed. Compared to the previous version, this build differs in the following:

Compared to the previous version, this build differs only in the following:

There does not seem to be a difference compared to the previous build. Most prominently, the "HoverHavoc" notification on the splash screen is still there.