From The Cutting Room Floor
Jump to navigation Jump to search
This page contains changes which are not marked for translation.
Other languages:
English • ‎français • ‎italiano • ‎polski • ‎svenska • ‎русский • ‎日本語 • ‎한국어

The primary gameplay difference is that, while Full Tilt! Pinball had multiball, 3D Pinball will award "replays" instead of locking the balls. 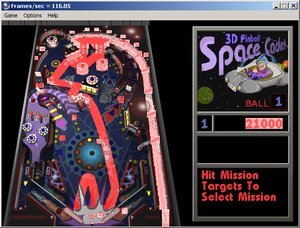 During the game, type in hidden test. You will now be able to control the ball using the mouse and gain access to the following functions by pressing the respective keys:

If all four debug functions are accessed, in any order, the game will start to turn all updated frames red.

The menu contains an option called "Select table" which does not appear in the actual game, apparently left over from Full Tilt! Pinball. The message No other table found similarly goes unused. The option executes code that is presumably intended to enable players to select a table, but in this game displays the following error:

There's a window called "Edit Pinball Components FOR TESTING ONLY" in the game's executable, which is also in Full Tilt! Pinball. It cannot be re-enabled in either game. 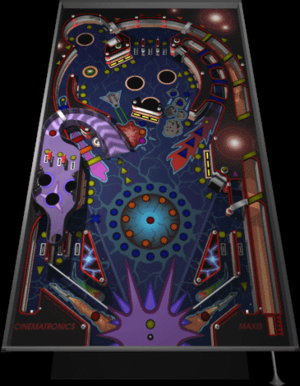 There's an invisible part of the plunger in the table background bitmap.

The version bundled with Windows NT 4.0 included ordering information for Full Tilt! Pinball in the About screen. This was removed from later versions. 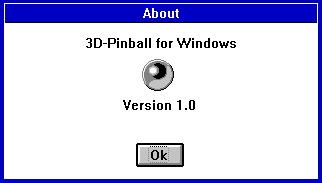 An About dialog box leftover from before the German Maelstrom protoype. The dialog appears in the resources, but does not appear in-game.