This page details one or more prototype versions of Metal Gear Solid 2: Sons of Liberty. 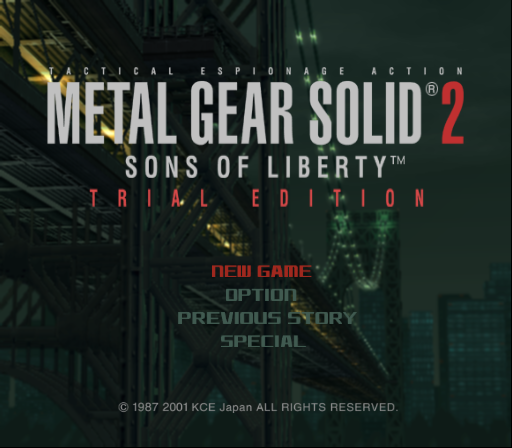 Metal Gear Solid 2: Sons of Liberty Trial Edition is a prototype build of MGS2 that was famously bundled with Zone of the Enders. The demo is set entirely during the Tanker chapter and ends after the boss fight with Olga Gurlokovich.

The FAMAS weapon is present, albeit unused. It can only be accessed via hacking and has its own unique model. The firing animation in third person view works fine, though in first person view, Snake seems to rapidly pull back a nonexistent slide on the gun.