This page details one or more prototype versions of Quake II.

The Quake II Test Release was made to gauge the compatibility of the hardware as of October 1997 (Rage, PowerVR, Rendition, Voodoo, etc.). It's a late production release, but there are still some interesting changes within.

THIS CHRISTMAS SEASON, YOU'RE GOING TO BE READING SOME SERIOUS STROGG ASS! 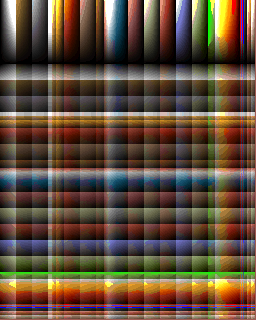 The palette itself was still a work in progress, so palette indexes 48 to 51 were still white.

Interestingly it borrows the same console font Qtest1 has, and adds a brown color. 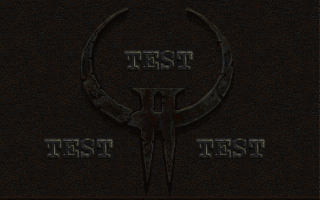 Reminds you that this is a TEST release.

Has a bit more shading contrast near the chest center.

Combat armor is also red. It changed to yellow in the final.

Turns out the BFG wasn't originally a blue gun shooting devastating green stuff. This icon was touched up and recycled for Ground Zero's Plasma Beam weapon.

Not appearing in the final or the test release in any functional form, these goggles would also be revisited and touched up in Ground Zero as IR Goggles. 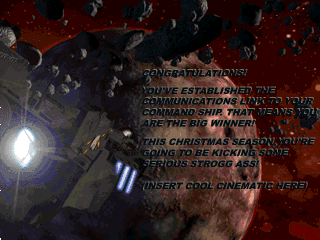 All the sounds have been resampled to 11025Hz sampling rate, 8 bits per sample, in order to reduce the download size.