Based on the Marvel Comics character of the same name, Silver Surfer is a shoot-'em-up that's infamous for its brutal difficulty.

At least the music, composed by Tim Follin, is decent. 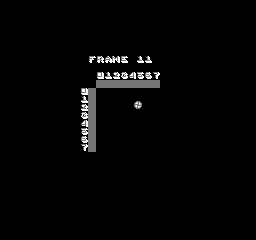 Game Genie codes STEAGESK OAEAIEUE will activate a sprite debugging routine. It is unknown where in code it would be called, hence the necessary variables might not be initialized properly, so the code might not work correctly every time. Waiting for the first demo after the title screen, then starting a new game, appears to be the most reliable way for it to work. Instead of the typical intro sequence, the screen at left will appear.

Press A / B to change the selected sprite, Left / Right to change the radius of rotation, Start to flip the sprite upside-down, and Select to exit. 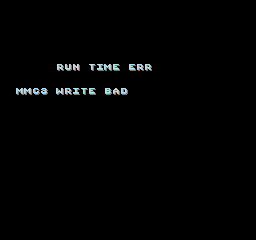 The game still has assertions for certain error situations which may arise, such as bad animation indices, failed bank-switching, or corrupt data transfers from the PPU ROM. If any of these situations arise, the game will attempt to throw such an assert. During development, there was a handler to display the assert's message, but in the retail release it was replaced by a simple jump to the reset vector, so the game merely resets.

Game Genie code GAUSSEGV will re-enable the error handler itself, so you can see the relevant message. To explicitly trigger one of these errors, use Game Genie code ESNYVGAL and reset the game or start a new game. There are five error codes defined:

An unused face for a seventh enemy (seemingly an In-Betweener, a foe present in the Silver Surfer comic books) is present among the level select graphics. There are only six enemies in the final game, five of which can be selected from the level select screen.

In addition to the above unused face, there is a cross which may have been displayed in place of completed levels on the level select screen. The retail release merely colors the faces blue when their respective stages have been cleared. 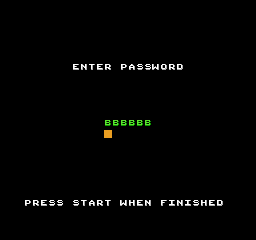 To access a password screen, press Up on Controllers 1 and 2 at the title screen. A high-pitched noise will play if a valid password is entered, and an explosion sound effect will play for an invalid password.