Loki joins forces with Galactus, so it's up to the Marvel Super Heroes to stop him.

Notable for being the first LEGO game to be released for the PlayStation 4 and Xbox One, as launch titles for those consoles.

This button set is named buttons_orbis_nxg.ft2, indicating that it was used for the PlayStation 4 version at one point, likely before the design for the controller was finalized.

The Wii U version uses the higher-resolution Wii button icons found in buttons_wiiu_nxg.ft2, which also contains the Wii U GamePad button icons. 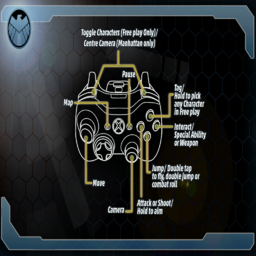 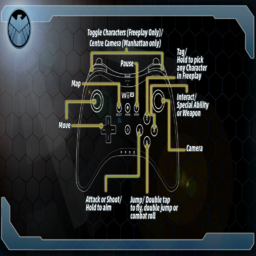 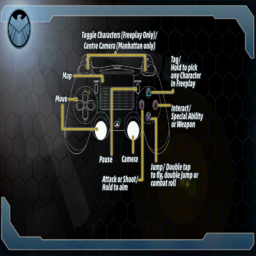 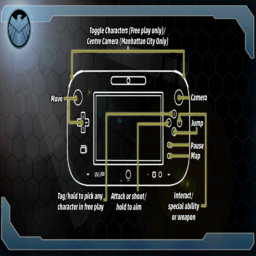 If you add the following line of code to chars/minifigs/ironpatriot/ironpatriot.txt, Iron Patriot will be able to use a laser beam:

The laser is complete and fully functional, and uses sound effects found in audio/samples/chars/ironpatriot.

Although other characters, such as Dormammu and Arnim Zola, do use these sound effects for their lasers, the sound clips' file names and their location in the game's file suggests they were created specifically for Iron Patriot's.

Another character with an unused laser ability. This one was likely only meant for testing purposes, as there are no unused laser abilities present for Marks 6 and 7, who also don't have lasers in the final game, not to mention how unpolished it is.

Add the following line of code to chars/minifigs/ironman/ironmanm1.txt to allow Iron Man (Mark 1) to use his laser:

A fully working level select, accessible from the main menu, can be accessed by doing the following:

default_levels.txt will contain all the levels that will appear in the level select. You can add whatever levels you want, but adding this code to it will allow you to select any of the main story mode levels, in addition to the bonus level: 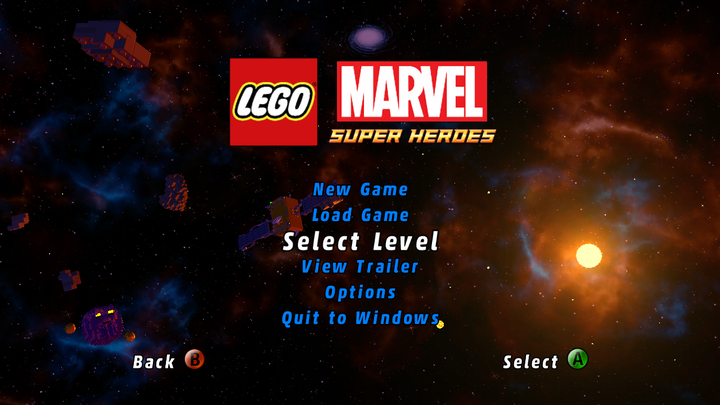 If all is done correctly, a "Select Level" option will now be present in the main menu. 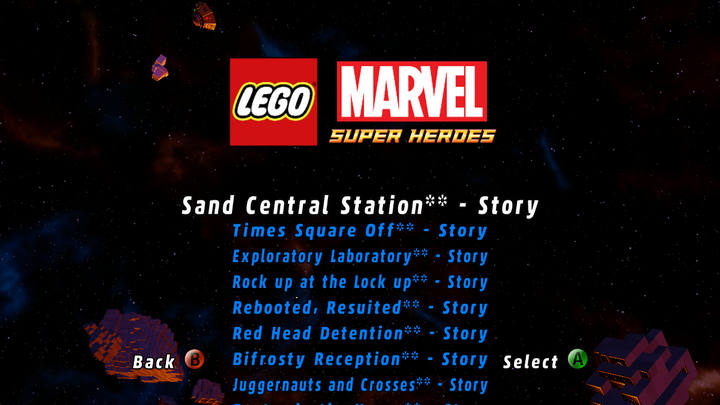 Note that the level select will only display the first eight entries and will not scroll to show the rest, but all entries can be selected and played without any issues.

dummychar is, despite the name implying a dummy character, a dummy vehicle. It is invisible, cannot move and has 4 HP, like most of the other ground vehicles.

Where language can be any supported language except English.

These graphics are leftover from the splash screen of the LEGO Batman 2 demo.