LEGO Pirates of the Caribbean brings Jack Sparrow and his first four big-screen adventures (Black Pearl, Dead Man's Chest, At World's End, and On Stranger Tides) to the LEGO world. The game is filled to the brim with unused content, including some leftovers from LEGO Star Wars III. 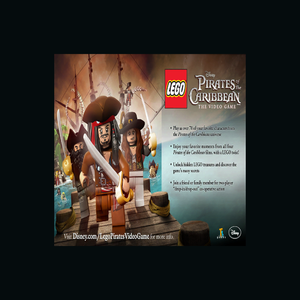 Character Icons for characters that don't appear in the game:

A collection of icons that aren't used anywhere in the game: This is the game version of the initial Windows disc release.

This is the game version of the Wii release.

There are two folders for characters used to test motion capture named test_mocap1 and test_mocap2. This is the first game in the series to do this.