LEGO Indiana Jones 2 has some of the sickest burns to ever come out of Peru. It's also one of those cases where there's enough unused content in it to make up a whole other game.

A kind message is hiding in the game, probably left by Harrison Ford himself. The image is located in Indy2GAME.dat\GUI\LEGAL\ESRBYOURMOM_NXG.TEX.

Located in GUI\TEXTURES are preview thumbnails for every story level. There's two for each level. Many of these appear to be incomplete, as quite a few include visible level editor tools or early character designs. Kingdom of the Crystal Skull - Part 1 oddly has separate images for the Dovchenko boss fight in Hangar Havoc, suggesting that the fight may have been intended to be its own level. The "_F" and "_S" at the end of each filename are likely shorthand for "Free Play" and "Story," which would explain the purpose of having two thumbnails for each level. This would be normal in any other LEGO game, but The Adventure Continues doesn't have Free-Play! Instead, it has what are known as "Treasure Stages" which are the original levels, but with different object that require you to purchase characters in the hub. 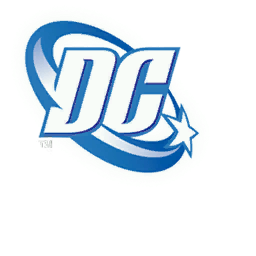 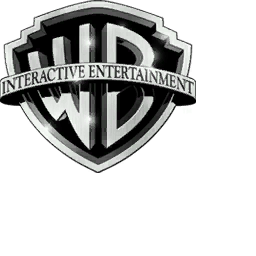 Logos for DC and Warner Bros, even though they're not part of this franchise. 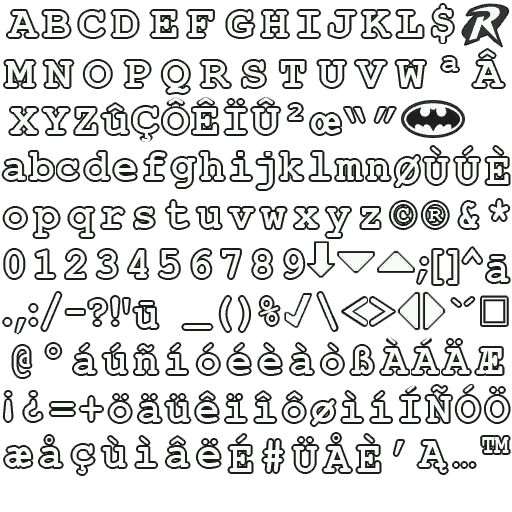 Font that includes the Batman and Robin symbols, from the Lego Batman games

A very basic model of a rocket can be found underneath the kiddy ride in the Doom Town section of the Kingdom of the Crystal Skull - Part 1 hub. It appears to be an extremely early model for the ride itself. 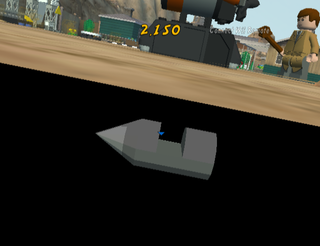 When performing a glitch involving the mental patient to get out of bounds in the Kingdom of the Crystal Skull - Part 2 hub, there are a ton of misplaced objects that can be seen in other parts of the level.

There are at least 47 unused levels leftover in the games files.

Almost every single character found in LEGO Indiana Jones 1, used and unused is present here in some form or another. In LEGO Indiana Jones 2, instead of each minifigure character having there own respective ghg model, characters were composed with cd files, (character definition). Each cd file contains a file path to a generic ghg, and then lists file paths to body textures, gscs containing hat and/or hair meshes, face ghgs and animation sets. This is the first LEGO game to do this. Despite the game using this method of composing characters, most of the characters who were also featured in the first game, (and some from the second), still retain their now unused individual ghgs converted to the nxg format of course. In cases where the character was featured in the first game, the designs also match those of the first game, i.e. the Enemy Boxer having brown eyebrows instead of gray like in the second game. And if the unused ghgs aren't enough, every hat mesh, hair mesh, face, and body texture of the unused characters from the first game now also exist in the form of gscs and ghgs, to be used in cd files.

Featured within the game's code are two unused debug displays. The following codes are for the Rev 0 NTSC Wii version of the game.

Featured within the game's code are nine known fully functional unused extras that were intended to be activated via the pause menu. The following codes each replace the "Silhouettes" extra, and are for the Rev 0 NTSC Wii version of the game.