LEGO Indiana Jones will throw you the idol if you throw him some bricks.

Mystery Glow Out Of Bounds

This glow effect that I've only managed to see with a moon jump code is the effect used on artifacts scattered throughout the stages. It's unknown what this object is, but with the use of the out of bounds glitch during transitions in stages you could then moon jump with that code to get up there.

This is now 100% confirmed to be an artifact that can collected. 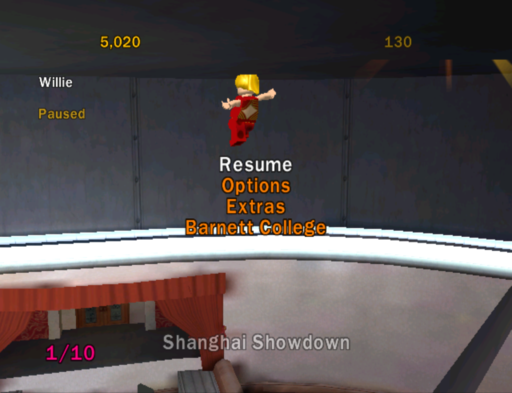 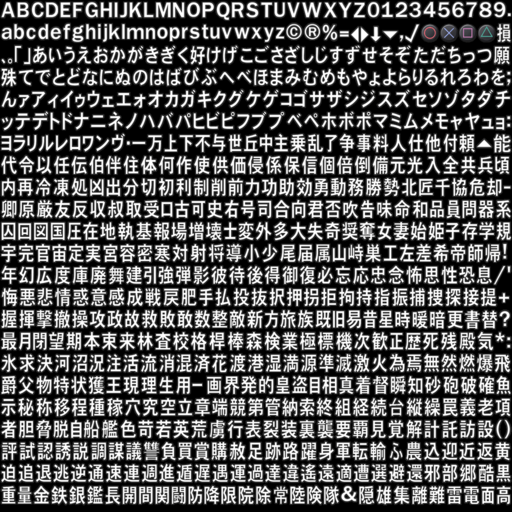 A Japanese PS2 font file that goes unused since all Japanese releases of LEGO Indiana Jones were cancelled. 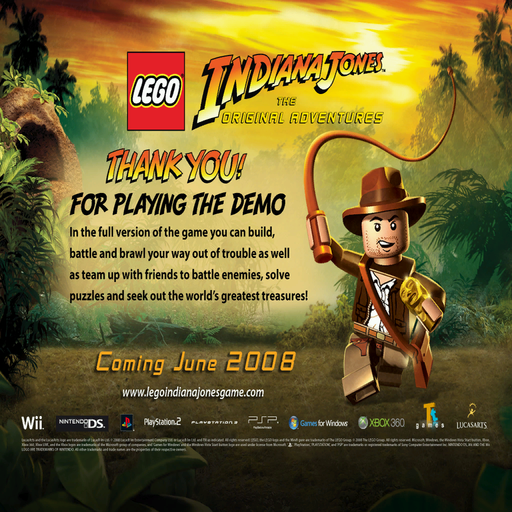 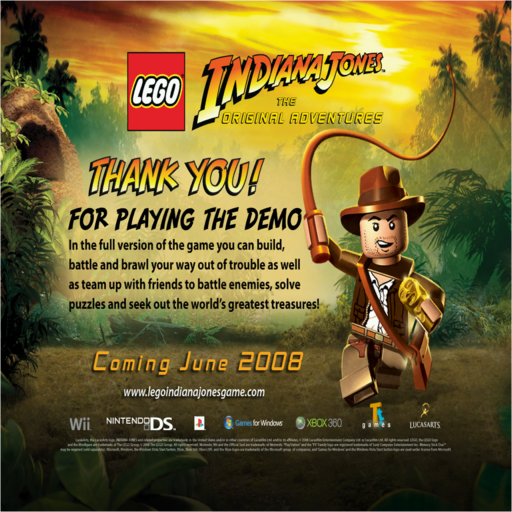 A leftover splash screen from the demo version of the game. There are variants for a number of languages, all of which follow the same design as the first splash screen here. The second one is labelled for "US" and features larger text, a smaller selection of game platforms, and a slightly modified position for Indy. 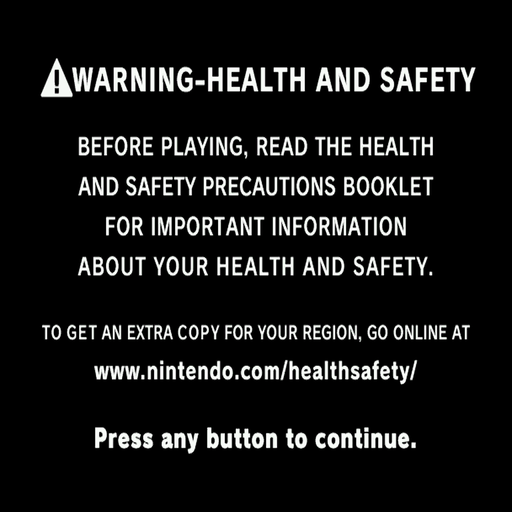 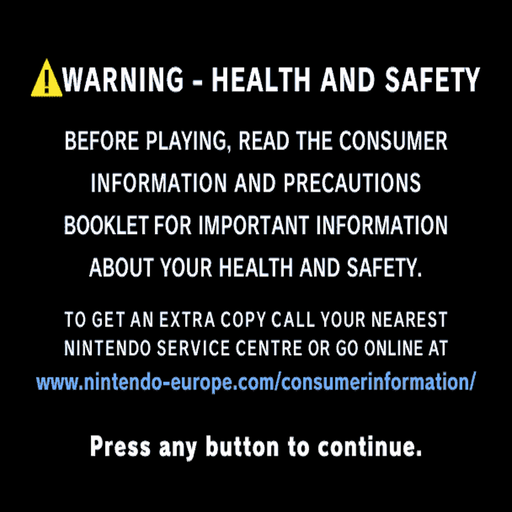 Leftover health and safety warning screens for GameCube. North American and European versions, respectively. There are additional screens for French, German, and Italian.

Found just ahead of the theatre room are some text floating out in the void that keeps track of playtime, and percent of game completed, on that save file. This is a leftover from LEGO Star Wars: The Complete Saga, and other Lego Star Wars games before that from TT Games. 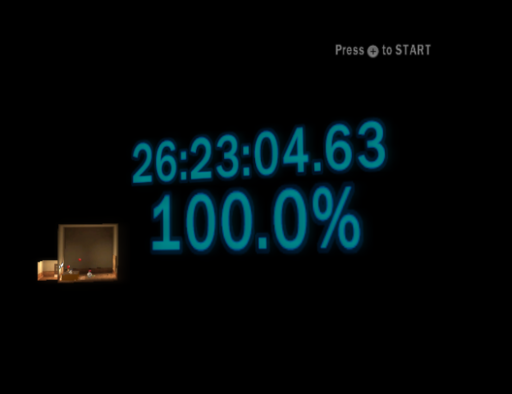 Icon for a character used only in a cutscene at the beginning of the level Into the Mountains. Based off the character Major Eaton.

Icon for another character used only in a cutscene at the beginning of the level Into the Mountains. Based off the character Colonel Musgrove.

Icon for another character used only in a cutscene at the beginning of the level City of Danger. This character is playable in the DS version of the game.

Icon for another character used only in a cutscene at the end of the level Opening the Ark. Based off the ghosts/spirits that flew out of the Ark of the Covenant.

Icon for another character used only in a cutscene at the beginning of the level Into the Mountains. This character is playable in the DS version of the game however he appears more similar to a dirty yellow skeleton as opposed to their design here.

Icon for a character that appears in the level Into the Mountains. Weirdly enough, you can play as Santa using the Extra Toggle cheat while playing the Into the Mountains but he lacks an icon leaving this icon unused.

Icon for an unused character variant for Maharajah presumably named Maharajah (Thuggee). This character was later included in the sequel, Lego Indiana Jones 2: The Adventure Continues, however he was still not playable and was instead just a mini-boss. The outfit is based off one the character wears in the movie.

Icon for a character that only appears in the TT Games logo building cutscene however this cutscene is pre-rendered meaning the character itself is actually unused.

Icon for a character ported over from Lego Star Wars: The Complete Saga. The name of the icon leads to the idea that this character was going to be turned into a mechanic for the Zepplin that appears in the level Trouble in the Sky. Note also the reduced resolution.

Icon for an enemy that appears in the level The Hunt for Sir Richard. This character is playable in the DS version of the game.

Unused Icon for R2D2, one of the many LEGO Star Wars 2 characters you discover while unlocking Han Solo.

Unused Icon for C3PO, one of the many LEGO Star Wars 2 characters you discover while unlocking Han Solo.

Unused Icon for Indiana Jones, using a much earlier design. Found in the fittingly titled directory STUFF\ICONSPOOP. The hat and body are similar to Indiana Jones' appearance in an old piece of promotional material however all of the other assets are wildly different from this version of the character meaning this is most likely the earliest available design for Indy.