The weapon data contains some weapons that aren't pointed to from any robot's data. Most of them are placeholders named "dummy" (ダミー) or duplicates of used weapons; the interesting ones are:

These dialogs can be viewed in the "BTL BG VIEWER" of the debug menu (see below) with the given settings. 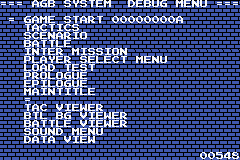 Like most of the GBA titles, Super Robot Taisen R has a debug menu. Use the CodeBreaker code 03001320:31, restart, and you'll end up in the debug menu. Disable it once you're in. 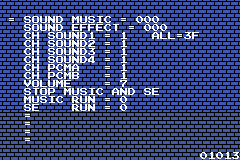 Accessible from the debug menu. 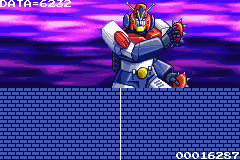 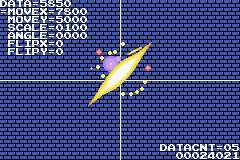 The "DATA VIEW" option is unreachable from the debug menu, but can be accessed by using the code 03001320:30 instead. Controls: 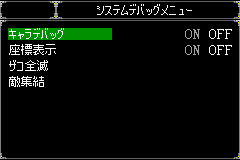 These options are available: 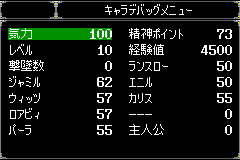 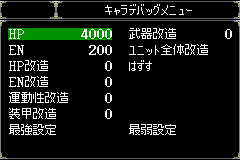 The debug menu for units is split into two pages and has the following layout. Use the L and R buttons to cycle through available values. Use B to exit the menu.

Not all support coefficient values are modifiable.