Orochi has unused graphics that would come to be used in the PS1 version, where he is playable. To see them in-game, enable him by changing address 10A84B (for P1) or 10A84C (for P2) to 1E; he will not appear in the player select screen, but the first character you select will be changed to him.

Battle queue portrait. Since he is a single character in the boss fight, this is not seen in the normal game. 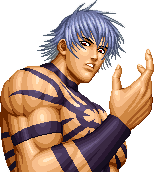 Win screen portrait when he is the team member who wins the match. Since the CPU does not use win screens, this is not seen in the normal game.

Win screen portrait when he is not the team member who wins the match. Also shown in the player select screen (PS1 only) and in the post-credits "All Clear" screen.

Playing the game in Japanese will allow you to access three special promotional endings, all for Japanese magazines, by clearing the game with certain teams: 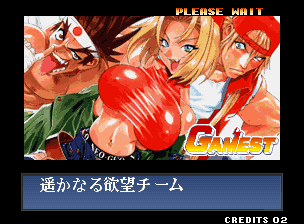 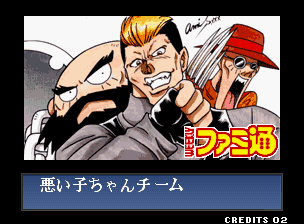 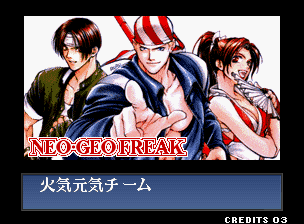