The Walking Dead is a game based on the comic of the same name. It kickstarted the popularity of this kind of interactive game, as well as the popularity of Telltale Games. All their future games would become very similar mechanic-wise.

There are many unused audio clips present in the game data, from retakes to unused backstories, different early names for certain characters, and remnants of unused or early content.

There are unused icons for Episode 1: A New Day.

"Teapot" and the "Hammer" (not the same hammer as the one you bash Sandra with) is not used at any point. Running icon was available in Episode 2: Starved For Help. The rag concept was scrapped, and was added in Episode 3: Long Road Ahead. 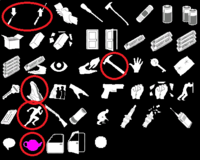 This episode had the largest amount of changes for Season 1.

Episode 3: The Long Road Ahead

Episode 4: Around Every Corner 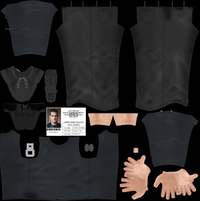