The sequel to a game about a native American defending the Lost Lands from bald men, cyborgs and dinosaurs. Only now there's aliens involved.

The memory pack from the N64 version of the game is still intact. Can be found using the level editor. 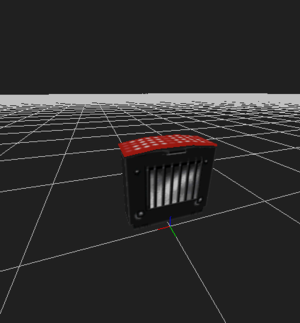 In the game's files, located in "game.kpf/levels/custom", are 12 unused levels, from test maps to unfinished maps presumably made for multiplayer. Adding these back into the same directory will still allow them to work as of 1.5.1 where some have been removed. It should be noted that Samuel "Kaiser" Villarreal has stated that he never intended to include these levels, especially notdwango.map.

Crashes the game upon loading it. Unknown why. Possibly from an older build of the engine, therefore incompatible with the release version. According to the developer Samuel "Kaiser" Villarreal, this test level contained experimental reflection cubemaps.

The map as seen in-game consists of just two floating simple land masses in a textureless void. Turning around causes an exception and game crash. However, opening this map in the in-game level editor (by typing kexstudio into the console and loading the map file) shows a whole host of wireframe "sectors" forming a recreation of the first map of dwango5.wad, which itself was a popular multiplayer edit of Doom II's first map made by two users of the Dial-up Wide-Area Network Game Operation (DWANGO). What purpose it was meant to serve is unknown. 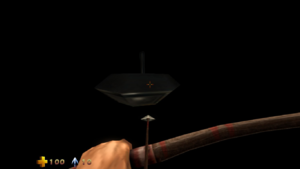 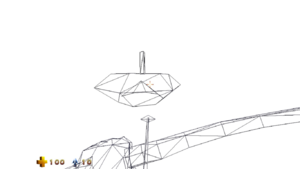 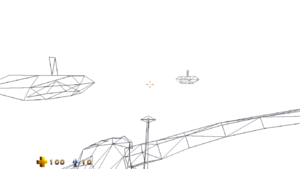 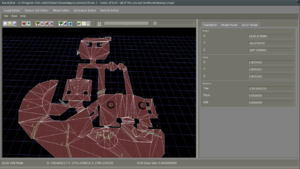 notdwango.map in the in-game level editor. 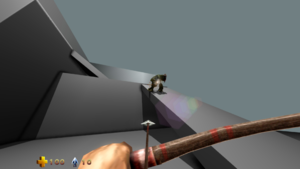 The first of many simple test maps. In all of these you start with only a bow with ten arrows, and the Talon melee weapon. test-ai.map features simple geometry with a trigger point on the ramp to spawn a basic Dinosoid enemy. The enemy follows you around and attempts to attack you. The enemy also has proper pathfinding and can navigate the geometry with ease. Used to test the AI path-finding and combat with the upgraded engine made for this game. 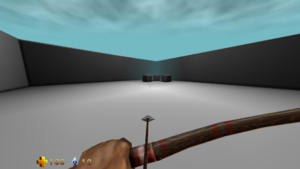 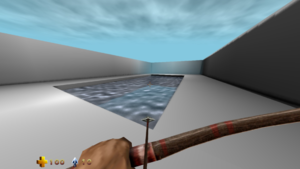 A simple test map to test the water in the new engine. It's deep enough to allow the player to swim. Apart from that nothing special here. There's a copy of this map under the name "test-blockvolumes.map", however, you can't move in this version.

This map tests the jump-pads that are located in various multiplayer maps. After 30 seconds of being in the map, all of the multiplayer specific weapons spawn in. 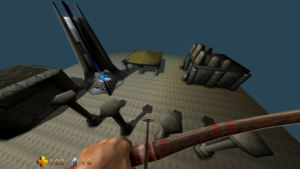 Another simple one. Simply tests out the shadow casting features of the new engine. As of the 1.5.1 update, this map has been removed. 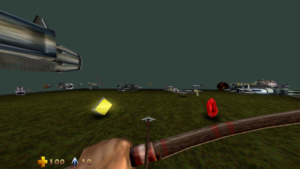 Another simple map, simply displays all of the available pick-ups in the single player levels. As of the 1.5.1 update, this map has been removed. 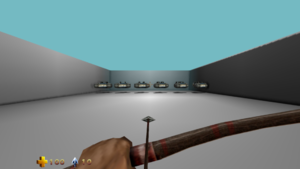 Almost exactly like the previous map, this just lists all of the parts to create the Nuke weapon. Presumably used to test if the player gets the Nuke when they get all of the parts. As of the 1.5.1 update, this map has been removed. 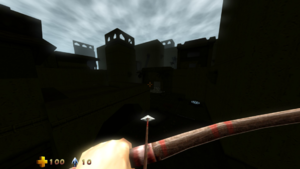 Now these two maps are the most peculiar of the bunch. These maps are the discarded remains of an attempt to build a new multiplayer map out of pre-existing assets. "DM-harbor.map" seems to be an earlier version of "DM-Harbor2.map" due to the fact that the level looks almost exactly the same, except the former has no lighting. "DM-Harbor2.map" seems further along in completion, although still looks severely unfinished. It also fills the screen with an error message about being unable to play a sound. As of the 1.5.1 update, these maps have been removed.

Some differences between "Harbor" and "Harbor2", include the addition of hint markers, the addition of basic (albeit completely broken) AI, as well as several pick-ups strewn across the map. 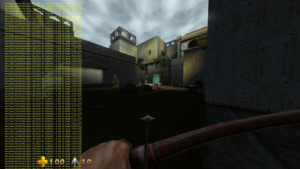 As of 1.5.1, there exists an in-game level editor. By typing kexstudio into the in-game command console, you can access a simple and very crash prone level editor. It works very similarly to the one that comes with Turok: Dinosaur Hunter, except now it's in the game itself. An example of this is shown here.