Yo-kai Watch 1 for Nintendo Switch is an enhanced port of the original 3DS game, with several adjustments and improvements such as online battling, more Crank-a-kai chances and other stuff but has downsides such as Crank-a-kai autosaving, using real-life overpriced Yo-kai Keystones to scan for extra content and the removal of the Yo-kai Cam. Overall, it's regarded as either superior or inferior to the original game.

This version was later used to make the mobile port of the game.

A completely unused portrait for the Eyepo save points, where the texture sheet is completely new to this port. 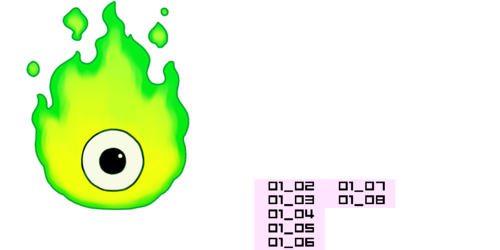 Unlike the original 3DS version, this version of the game has a Debug folder full of Leftovers, Prototype screenshots, and... developer faces?

Images of the Yo-kai Medallium mockup.

A couple of unseen images.

What seem to be images of an early results screen, done in four different variants.