Yo-kai Watch Blasters is the first action-RPG game in the Yo-kai Watch series, which is based off the mode with the same name from Yo-kai Watch 2, except fully fleshed out with new mechanics, new Yo-kai, and a fresh coat of Ghostbusters paint.

The ability to link with Iron Oni Army was disabled in all versions released outside of Asia, but mostly-translated image assets exist for the linking interface within the data of the 2.3 Moon Rabbit Crew update, where it is referred to as Yo-kai Watch Blasters: Iron Oni Force. 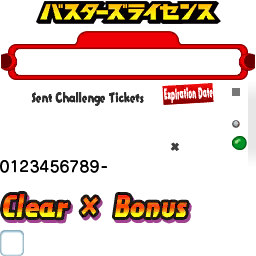 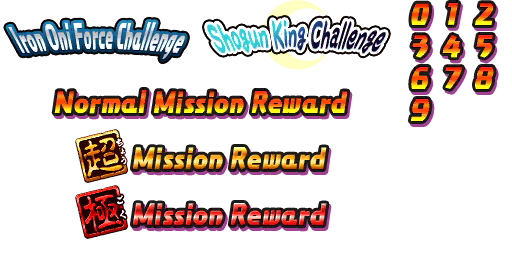 There is also an untranslated logo included in this image data, implying that a localization of the arcade cabinet was either not planned at all or abandoned very early on in development. 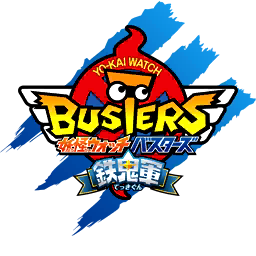 In the Moon Rabbit Crew update, Song Medals were added to the game to give stat boosts during missions.

In the western localizations, the Song Medals were cut from the update and replaced with summoning songs for the Yo-kai Watch Model U. However, text strings for some of the Yo-kai Song Groups still exist in the data. This change would later be retained in Yo-kai Watch 3.

Along with the Song Medal Groups, English descriptions for the respective groups are also in the data for the song menu.

Leftover text strings for the Iron Oni Army Super Link can be found in the data for the base versions.

As such, a text string also exists for when you unlock the ability to link with Iron Oni Force.

Yo-kai Watch Busters was heavily influenced by the Ghostbusters franchise, with several parallels to established characters and locales existing. While a few of these managed to remain largely untouched in versions released outside of Japan, several changes were made to certain aspects of the game to distance similarities between the two series, likely to avoid legal action.

A majority of these changes are not present in the Korean version.

The English localization renames Whismellowman to "Whisped Cream", and his design was completely changed due to the original's likeness to the Stay-Puft Marshmallow Man. Despite this, Whismellowman appears in the international versions of Yo-kai Watch: Wibble Wobble.

The car shown in the cutscene when departing on missions was moderately tweaked due to the original being too similar to the Ecto-1.

The artwork was modified to reflect the changes made to Whismellowman and the Bustersmobile. The logo also changed "Busters" to "Blasters".