Warriors of the Eternal Sun is a semi-obscure D&D RPG that plays rather like an Ultima game. 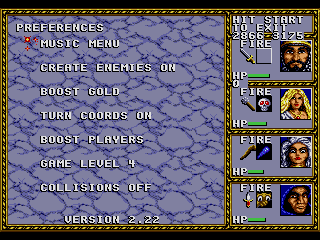 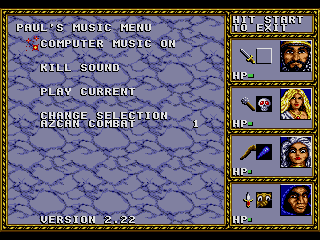 Start the game, pause, then choose Options, then Special to access the debugging functions, which are:

Alternatively, use Pro Action Replay (PAR) codes FFA94C:007F FFA94E:0055 (has only been tested with Gens) or the below Game Genie codes to enable the full debug menu:

The name Paul in the music test refers to Paul S. Mudra, one of the sound designers.