Designed by Chris Avellone and the same people that would give us Baldur's Gate, Planescape: Torment, and the Fallout games, Descent to Undermountain is considered by many to be the worst Dungeons & Dragons game released, set in the forgotten realms in the titular Undermountain super dungeon.

In the STUFF folder on the disc is quite a bunch of unused stuff. This folder will not install on your hard drive during game installation and includes a lot of files (121!). Most likely copies of stuff you will see or hear during the game in different formats, but also some that aren't. 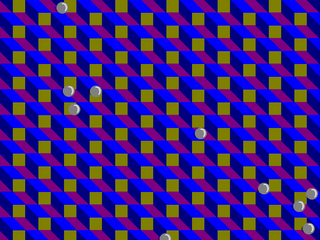 A screensaver with a Q*bert-like background and rolling balls.

Several BMP files that are most likely intended to be wallpapers. Of those, two images are never shown in-game. 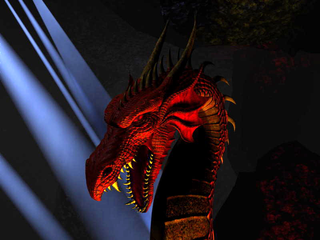 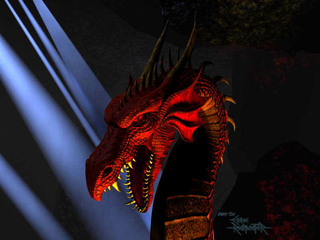 Ditto, but with the artist's signature.

Many sound files are located in the 'STUFF' folder, most are copy of those used in game, except:

Kelben's voice will insult you if you click the "Stop bothering me" button.

All the PCX, TGA, IFF can be viewed using software like Paint Shop Pro. The IFF files contain screenshots of LightWave3D 5.0 software showing the making of the TSR intro. 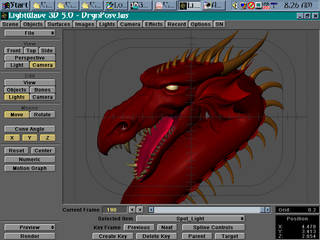 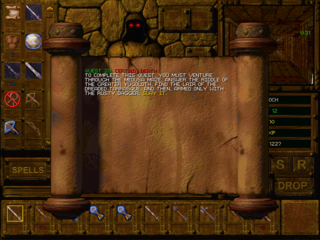 An image exists called 41.PCX. It's a screenshot of a quest description, but...it seems to be a joke.

According to the DTU.WRP file (which is a plain-text file), some areas of the game were deleted before the final release. Only the internal names (CLAN2, DROW4, BEHOLDR2, MADLANDS, IBBALAR2, PLAYGROUND) remain.

Present at the end of CONFIG.BAT:

Only present in v1.0, while the credits roll, an interesting recording of the developer team discussing budget constraints ($8?) and the choice of what should be the credits theme is heard.

Within the game's executable is evidence of an "evaluation copy". It doesn't appear this version ever leaked outside of Interplay:

Also in the exe file is some clue about a possible shareware version. This was, in fact, never released, much to the complaint of gamers prior to the final release date: 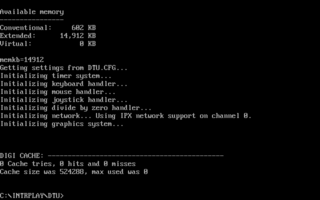 Many complaints about this game arose from the lack of multiplayer support, even though it was promised on the game's box. This feature was apparently removed late in development but you can still see the network initialization if you run DTU.BAT with the "-verbose" command.

By looking at the DTU*.TEX files (there are nine of them and are plain-text), you can see all the multiplayer messages at different phases of development. The tex files suggest it also had multi-language support planned.

It seems that the game had Redbook support at some point in development. Present in the executable is this text:

DTU.SNG has a map of the different tracks it would have played with their length and where it would be played: