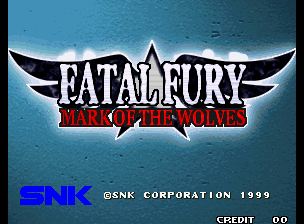 The game's graphic data contains tiles for an unused, early version of the title screen, showing the name Fatal Fury: Mark of the Wolves, which was likely the name intended for the international releases during development. There are also tiles for a fade in animation which is similar to the one used in the final version of the game. The image above is a reconstructed mockup of how it may have looked in-game. It is currently unknown if it's possible to make the game use this title screen.

While the Fatal Fury name would eventually be used for the North American release of the Dreamcast port, this logo was not, instead featuring a slightly altered version of the original logo (with the star in the center now reading "Fatal Fury" instead of "Garou").

The data can be viewed with Kawaks' tile viewer at address 412179. 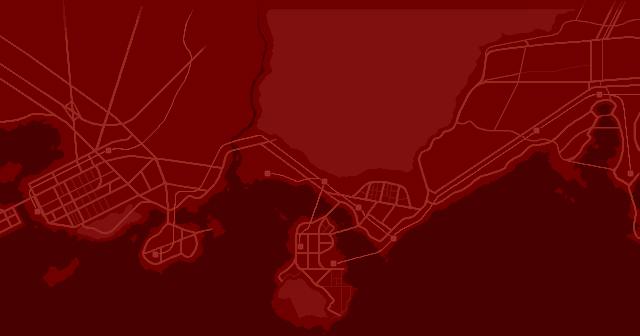 While not really unused, most of the map isn't actually shown in the game, since the levels are all concentrated on the peninsula area in the central portion of the map. Notably, the entire old Southtown from the Fatal Fury games is present in the map.

Both Grant and Kain, the bosses of the game, have title cards for their stages. In the game those aren't shown, since story cutscenes are displayed before their fights.