Neopets: Legends and Letters is a strange game. It's basically Scrabble meeting a strategy fighting game with some gacha elements mixed in.

The game unfortunately didn't fare out well. The game only received one major update in June of 2019 (the addition of the Lost Desert), but the game was still supported and the Neopets website had monthly crossover events for prizes on the website. It was announced on May 20th, 2020 that the game would be removed from app stores, effectively cancelling the plans for the Altador update.

The game's internal files all have data for several leaders (Neopets created and customized by the player) that go unused for some reason. Some of the pets even have complete paintbrush variants, but were still unreleased.

A list of the unused leader species are below:

A photograph of a real life factory appropriately named factory.png. 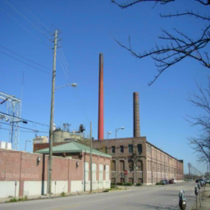