When the Darkest Faerie is awakened, it's up to Tor and Roberta to save Neopia!

This area can be found by clipping through the wall by Fyora's Rod in the Meridell Treasure Vault. The area seems to have had work done on it, but some collision data and grapple-able points are missing. It seems as though the map would have been used between the Knight's Crypt and Meridell Treasure Vault levels. The map also contains some puzzle elements that are barely functional. Interestingly, the level does have a map icon, which means that the map was used for development builds and was cut before the final release.

There are several squares in this map, and standing on them spawns various enemies and characters. 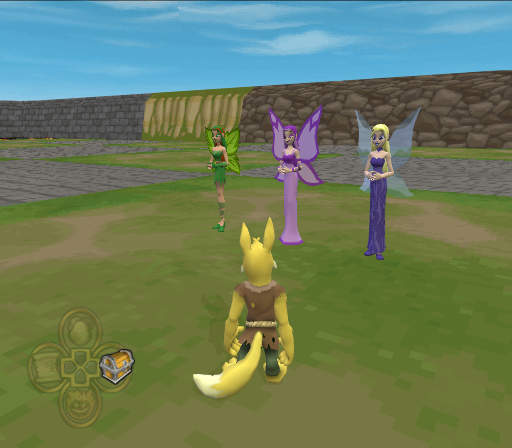 The geometry seen in the background of this screenshot is not part of the map - the game always loads 2 maps, an exterior and a transition map, and this particular map doesn't disable the transition map or load in a new one so it keeps whatever one was loaded before. 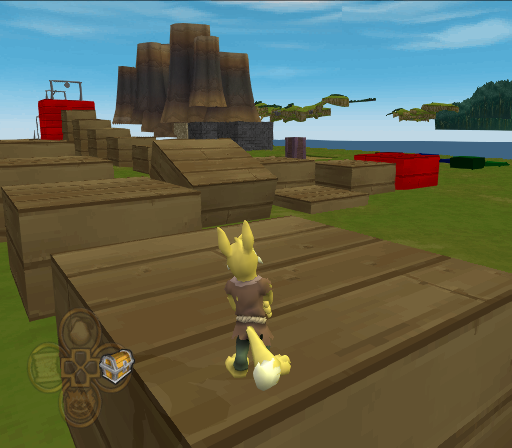 There's a "Fyora's Tower" area in the game that is only accessible via editing of save-files, as there are no loading triggers capable of loading the area. It contains both the portal area at the bottom used in Act 3, and the boss fight area at the top used in Act 4. However, they cannot be activated in any way. There are multiple levels, each connected via spiral staircase, but one of the levels has an "overgrown" style, and the upward staircase has a one way wall. So once you enter the room from the top, you cannot return. Each room, with the exception of the overgrown styled one, contains a boss used previously in the game, but standing in a standard T-pose.

This may suggest that one of two possibilities: Either this is a test map, or Act 4 was added on later and the end of Act 3 led directly to the final boss-fight.

"What a strange color for ergyfruit...". The item is missing an icon. Picking it up will have this text:

Or this text if a flag is set:

This item does not have a description or an icon. Picking it up results in the text "You shouldn't get this! EVER!"

There is an item called "King Skarl's Key", with the description "This should open the doors to King Skarl's chambers!". This item can be obtained in an unused area in Meridell Castle.

"A sack containing the items stolen from Meridell." Picking this up results in the text:

"The feather from a common Crokabek."

"The feather from a Swamp Crokabek."

"The feather from a Mountain Crokabek."

Possibly an unused Altadorian currency? There are no icons or models associated with these items. 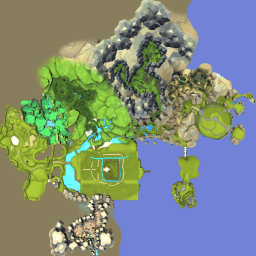 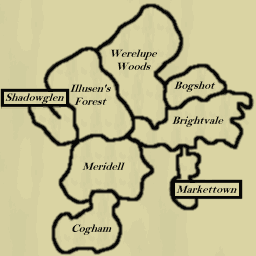 The food chute is the exit to the Meridell Treasure Vault. Unfortunately, the developers forgot to make it so when you go up into the food chute the map image is displayed. 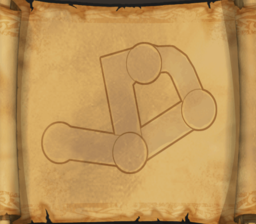 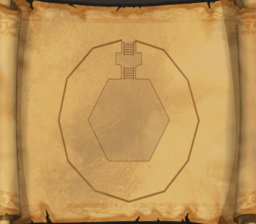 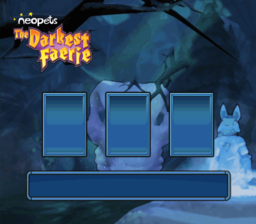 There is a menu that uses this screen background: 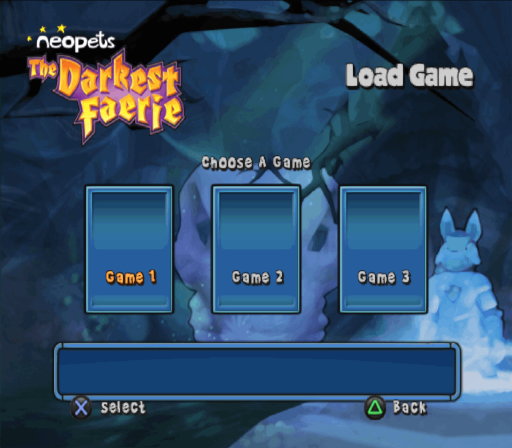 Selecting one of the items simply results in opening the regular load-game menu.

Short sections of this music can be heard in some FMV cutscenes in the game, however the full song itself is not used anywhere.

This music can be accessed in-game by going out of bounds in Meridell Plains, loading the scenery area that loads when going to the spot where Brightvale Beach is visible, and then running all the way over and touching Brightvale Beach.

LOD1 and LOD2 refer to the music used in the Sewer Shrine in Act 4. However, these two tracks also used in the unused Ancient Castle Spires area. In addition, accessing the music in-game using the above method will cause the same bubbling-lava ambience to play in the Meridell Treasure Vault. Since the Treasure Vault was intended to come after the Ancient Castle Spires, it is reasonable to assume that this music was intended to be used in the vault after the undead draik is defeated.

Some of this song was actually on the website for the game, before it got taken down. A rip from this website can be found here, albeit in low quality. 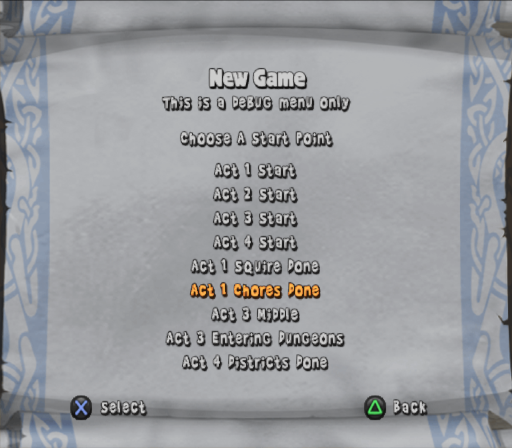 Selecting one of the items in this menu sets all the appropriate game states, and gives the player the necessary items.

At memory address 0x17D170 is a function called "IsDebugMode". This function is hardcoded to return zero, but changing it to return one instead enables debug mode. This mode does two things: It enables debug printfs (enable EE printfs in PCSX2 to see them) and it also enables a debug screen in certain areas of the game, which shows various flags. You can use X to go down, TRIANGLE to go up, and O to toggle the flag. This screen only shows up in certain areas.

The following PNACH can be used to enable this in PCSX2: 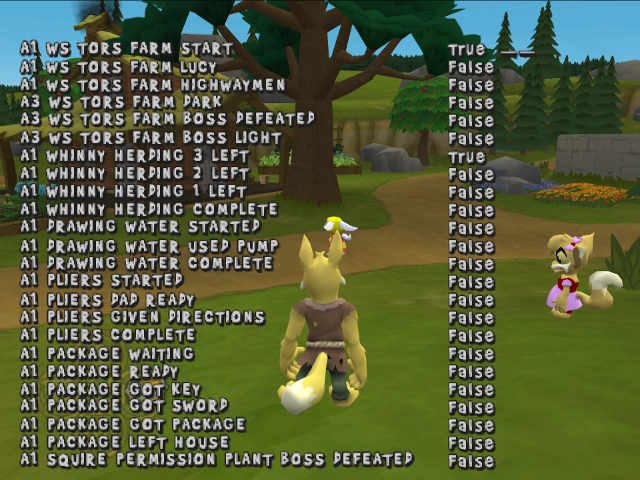 This function can be found at 0x0017B978. It seems to exist for debugging purposes - calling it with the a0 register set to "1" will cause the game to only render stuff in the same "zone" as the player.