Payday 2 is the sequel to Payday: The Heist, OVERKILL's take on a Left 4 Dead-style co-op shooter. The game has had a wide variety of crossovers with other forms of media, such as other game franchises, movies, musicians, and even a pair of YouTubers, all of which were added in the many DLCs the game got over the years.

Active development for the game had originally stopped in November 2018, but due to the absolute failure that was their The Walking Dead game and with Payday 2 having been their only cash cow for years, they were then forced to continue development on Payday 2, and so the Payday 2: Ultimate Edition" bundle was renamed to "Payday 2: Legacy Edition" and new DLCs began going on sale starting in November 2019.

The Car-4 family of weapons was planned to have a drum magazine attachment.

The RPK Light Machine Gun has a skinny magazine unobtainable to the player. This magazine (along with an unused bipod) is used by a Russian variant of the LMG Bulldozer enemy.

The Compact-5 also has an unused drum magazine model.

The IZHMA 12g shotgun has an unused drum magazine. 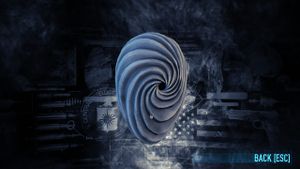 There are eight masks from the beta that never got included for use in the actual game, not even being obtainable with trainers. One of these is a mask named The Twister. Presumably, it went unused and was removed after the first beta ended due to its similarity to Obito Uchiha's mask from the Naruto series. There are also three different masks, four for both male and female variants, both having Blood, Clown, and Stone versions of them. In addition, a Voodoo mask featuring dreadlocks that support NVIDIA PhysX is among these beta masks, which also didn't get included.

An unused mask included with the Car Shop heist during the Spring Break Hype Train event in 2015 was released, alongside the "The Tids" mask; an F1 racing helmet. Its resources can be found in the game's files, but no programming nor a black market icon for it exists.

This seems to be an early mock-up of the loot screen and has appeared in the beta builds of the game being released over Steam. The music is I Will Give You My All from Payday: The Heist, whereas the heister's ringtone is clearly the codec call sound effect from Metal Gear Solid.

A list of leaked heists found during the game's open beta:

By using a game trainer, the now-defunct HoxHUD or a BLT Mod (and typing in chat: "Hoxtalicious!"), you can spawn NPCs and have them perform pole dancing animations that go unseen normally in-game.

During Watchdogs Day 1, the escape driver Twitch is placed off playable bounds behind a wall. If you manage to hit him with an explosion, he'll be killed before he drives in, and he will play a unique animation where his car will hit a police cruiser and a few other empty cars, after which he flips the car over on its top. Shortly after this occurs the game will crash due to it calling for a removed entity. Twitch is killed at 2:59, and the death animation starts at 4:25.

A set of unused Assault Rifle animations were added to the game around Crimefest 2015, and have been removed since. The animations match the shape of the M41A Pulse Rifle from the film "Aliens".

The Rifle in question, for comparison. (Image from Royal Armouries Museum.)

Out Of Bounds Objects

By using a game trainer in the Car Shop heist and arresting yourself while driving a car can trigger the camera to be frozen beneath the map and placeholder text that says "Bleh Bleh In 00". 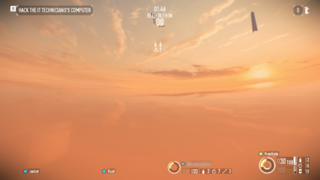 On the roof of the safe house, there are what appear to be markers of different items and actions in the game, some of them already featured in the safe house. These are probably here for development purposes. 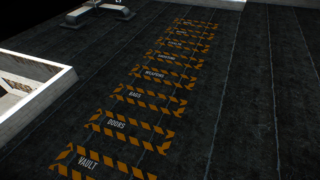 In the Laundromat Safe House map, a model of the US Capitol resides outside the map boundaries. Using mods to access the free-camera view, you can see this building. 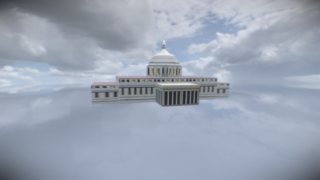 In the Old Laundromat Safe House map, there are several unused rooms behind bricked-off walls, most likely to test out features in the game during development. Using mods, it is possible to get into said rooms. The rooms also logically connect to each other with bricked-off doors, suggesting that at least some of the rooms were going to be used for features released in a later update, such as the safehouse customization feature, which ended up being exclusive to the new safehouse instead.

The New Safe House has a White "Cube" placed out of bounds, likely from the development of the safehouse. Interesting to note is that the safehouse refuses to load correctly on the Linux version upon release, so OVERKILL likely reexported the level again and forgot about the cube while doing so. It was removed sometime in July 2018 and returned the following Month (coinciding with Joy's PC release). 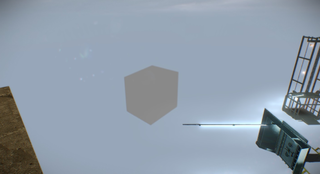 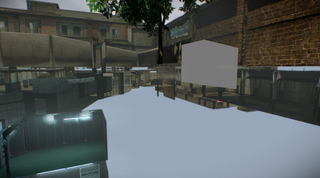 The Linux port doesn't have an on-screen bokeh effect when you look at certain screens, this applies to all drills, saws, and most laptops. Curiously, the placement of these effects are quite inconsistent in a given level. For example, the effect is present on a computer terminal in the jewellery store in the Stealing Xmas heist but absent from the drills that you use to get to some crates locked away in that level.

The room containing the Panic Room vault has a metal door that is meant to be red to signify its the correct door to find, but on the Linux port, it's grey for some reason. This is also true for Border Crossing, which shares the same door asset.