This page details one or more prototype versions of Minecraft: Xbox 360 Edition.

This build is from a few days before the second build. 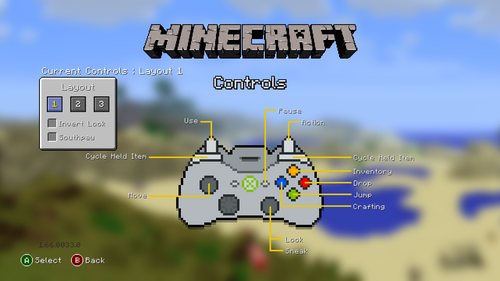 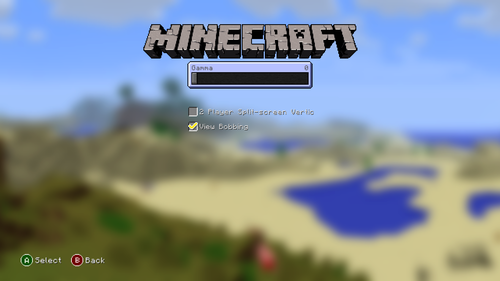 This build predates the 1st official Title Update by about 3 months.

The screenshot that displays after you finish the tutorial is different. 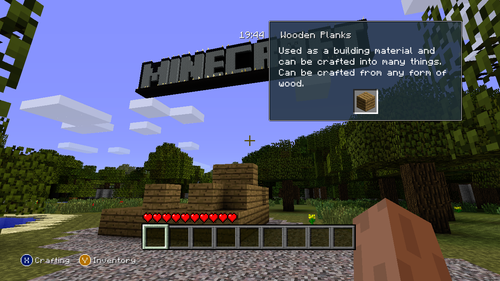 There are a bunch of textures of country flags in the executable that aren't used. These are not present in the final version.

There is also an unused graphic found with the other crafting panels. It has the text "This is just a debug menu" at the top right corner.

Some weird Minecraft-style menu buttons. They could possibly be placeholder graphics.

Some odd-looking crafting buttons that aren't used in the game. As before, they could be placeholder graphics.

There is unused placeholder text for the crafting table item description.

This build looks almost exactly like the final build. 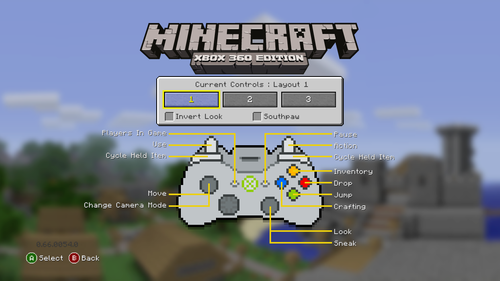 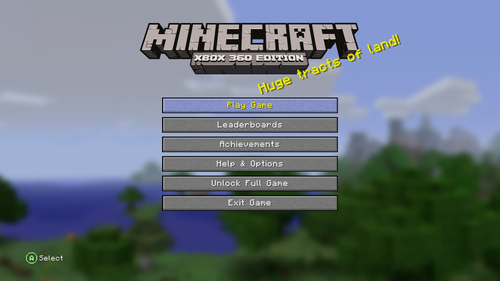 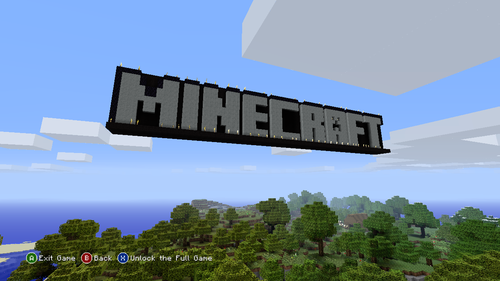