Minecraft: Wii U Edition is a port of Minecraft to the Nintendo Wii U. Besides the whole "being on a failed console" thing, this version is notable for being bundled with an exclusive mash-up pack based on Nintendo's Super Mario franchise. Said mash-up pack would later be made available on both versions of the game on the Wii U's more successful younger brother. 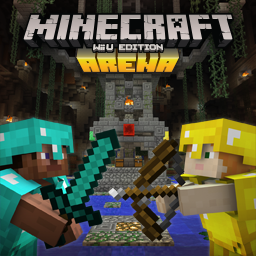 What appears to be a placeholder image that would've been displayed when choosing DLC for the Battle mini-game. A completely different icon is used instead, showing the actual DLC instead of this. An early name for the mini-game is also present.

There's also a PlayStation Store logo, which is a PS3 leftover. 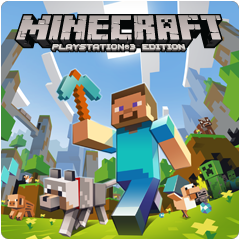 This is an unused leftover from one of the tools used to make Minecraft:Wii U Edition, this also may have been used for testing, furthermore this image was removed in later versions due to them using a different method to store gui images and therefore no longer using the middleware.

This is another unused leftover from one of the tools used to make the game.

The main executable contains a file path that reveals the internal project's directory structure. Cafe is the internal name of the Wii U.

All of the maps used in the Battle and Tumble Mini Games are quite bigger than what can be seen. To elaborate, only a small part of the maps are actually used; things like background details and small Easter eggs can be found out of bounds.

Present in Every Mode

A copy of the Lobby can be found out of sight in all maps and modes.

A lot of unused scenery is present out of bounds.

A number of secrets were added to the Lobby, including hidden music discs and mob heads.

The background arena is a little bigger than what can be seen in-game.