This page details one or more prototype versions of Minecraft (Bedrock). 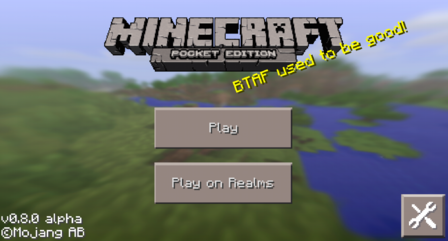 The Test Build of Minecraft: Pocket Edition Alpha v0.8.0 is a development build that predates the earliest public pre-release by 3 days and the final release by 23. It can be retrieved by inputting its version code into a Google Play Store client such as Aurora Store, so it was likely made available by accident.

Compared to the subsequent Build 2 [sic] which was released publicly, this one is very rough around the edges. The old creative inventory is still present, and much of the new additions are either incomplete or buggy. This article will compare to Build 2 unless specified.

(Note that there's two versions of this build: one is dated two hours earlier and only has an 8-byte difference. They are functionally entirely identical.)

The ability to disable smooth lighting is still present. However, doing this causes the texture rotation effect to break in a rather amusing way: 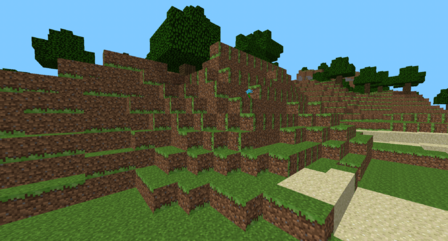 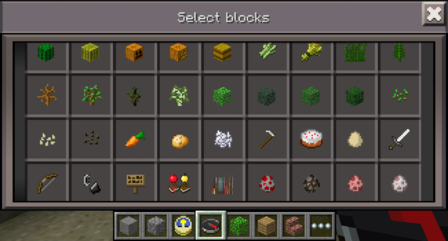