The turtles finally return to their classic 2D beat-em-up gameplay with a brand new game that isn't just a cheap cash grab for mobile phones or a Dave & Buster's. Now featuring a 6-player mode in case you enjoyed not being able to figure out where you were on the screen, and a native PC release for us to open up and dig out any unused goodies. 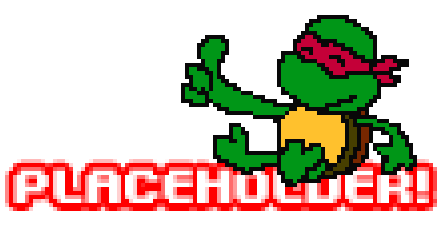 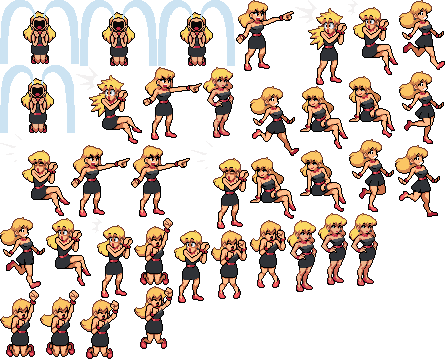 Spritesheet for the obscure character Tiffany, who only appeared in two episodes of the 1987 animated series. She makes a brief cameo in the first level of the game.

Only her running sprites are used in the final release. Pre-release footage shows that she originally appeared in a mid-level cutscene flirting with Bebop, which was replaced by Bebop being filmed by Vernon, a more well-known character from the show.

The amount of unused sprites she has implies that she was supposed to appear in the stage more than once, and possibly meant to be rescued at the end.

Unused sprite found in LibraryItemsTexture.zxnb depicting a scrapped cameo for the character Mona Lisa from the 1987 series. Yannick Belzil, who wrote the game's script, states in this interview that more cameos from obscure characters were planned, including ones who only appeared in the comics and toyline, but were scaled back to focus on the gameplay first.

The game data contains two images depicting mockups of game levels 5 and 9, showing work-in-progress stage artwork and placements of enemies, in-game cutscenes, cameos, and collectibles. The spritework of the levels themselves differ from minor changes to artwork still being in the sketch stages.

Image for level 9, "Crisis at Coney Island!" Note the incomplete sketchwork in the middle of the stage.