Wii Music is exactly what it sounds like—it's a title in the "Wii" series which allows players to make music... by trying to get you to use your Wii Remote and/or Nunchuk to simulate the feeling that you're playing an actual instrument.

There are two unused playable songs in this game - Pomp and Circumstance (traditionally played at graduations in the United States) and Let it Be by the Beatles.

A test model used for the tutorial. It comes with an animation!

A model in the Minigames and Jacket Maker folders. Apparently it was used for E3.

This game has quite a few debug items

There exists a function in the game that displays what the game is currently doing when the first loading screen appears. 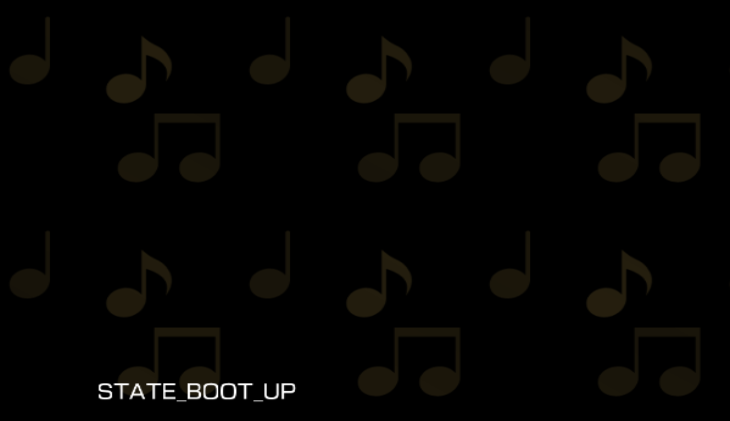 It says various things including:

The code below will load this in the game.

Mii Maestro has a debug menu. The options mostly just load different states of the game. 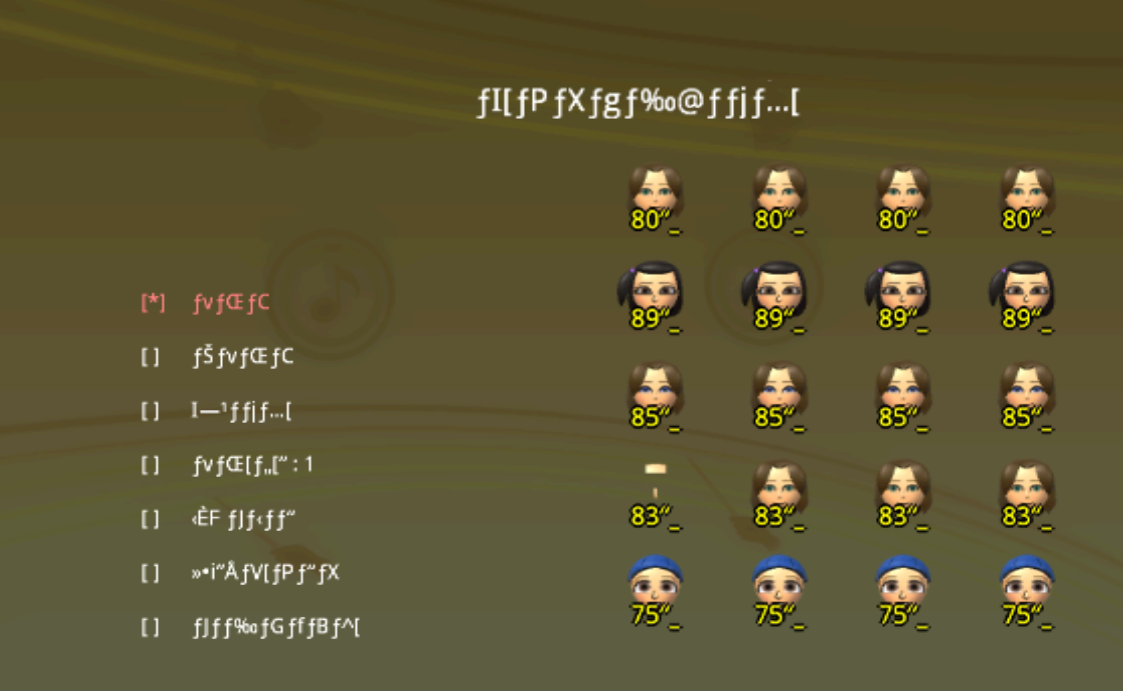 1st Option: If Selected, It loads the game normally with the song set in Option 5.

2nd Option: If Selected, It loads the game in Replay mode.

3rd Option: If Selected, It loads the game as if you had just finished the song.

5th Option: You can select which song is used, This also works as a song previewer.

The 7th option loads the game in the Replay state. It displays a bar with colored dots and letters representing a timer. It allows the player to switch to different parts of the song using the D-Pad, but it only replays the song at the slowest speed. 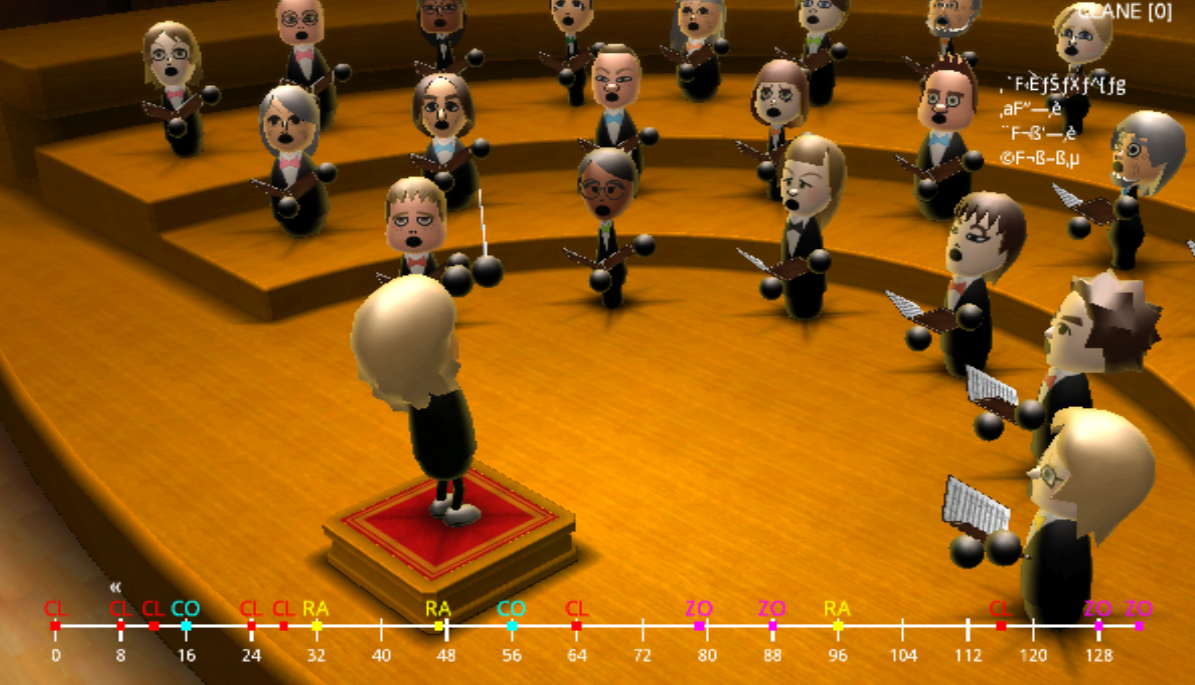 The following code will enable the debug menu.

This icon was used as a placeholder before the graphics on the instrument selection screen were created.

This icon was used as a placeholder before the graphics on the jacket design selection screen were created.

A very sloppy placeholder Wii Music logo. The music part of the title is purple instead of yellow.

This is another placeholder Wii Music logo, where "Music" is written in a different font than in the final game. It says "仮" (Temporary) on it.

Early placeholder Mii icons. They don't resemble a Mii, suggesting that this was used early in development.

The same as above, except less squished. 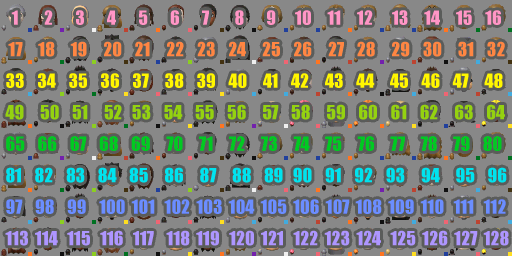 Lots and lots of placeholder Mii icons. They are stored in the audience data, suggesting that they are placeholder audience graphics.

An unused texture in the beach stage. It resembles a palette.

These are placeholder jacket designs.

A bunch of pictures of unused CD jacket designs. These were replaced for unknown reasons.

This placeholder icon is stored in the same file as the "Jacket Dummy" icon and probably was used for the same purpose.

An unused eye that belongs to one of the Tutes.

Yet another dummy image. This one is in the files for the cat and dog instruments.

Another dummy image is in the game as well!

An early picture of one of the drums is still leftover and can be found in the game files. If you look closely on the bass drum on the former image, you'll see "仮" (Temporary) written on it.

The Famicom controller was changed to the square NES design outside Japan, although the graphics for it weren't removed.