Wii Play: Motion is the sequel to Wii Play and is perhaps most notable for having several different developers (including Good-Feel and Chunsoft) behind its twelve minigames.

In the same file as the second unused Mii face above, there are some unused Mii bodies as well. 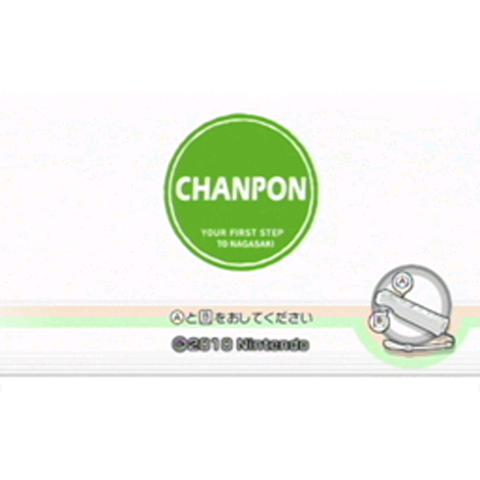 A very early title screen that resembles the Japanese version of Wii Play, (Your First Steps to Wii), and is titled "Chanpon: Your first step to Nagasaki". The background lacks details and the copyright date is 2010. The graphic can be found in common/title/add/gf/model.brres.lz

An unused goal texture.
This unused texture can be found in common/mg170/ex_obj.brres.lz under the name ex_goal_1.tpl.

An unused Mii texture.
This unused texture can be found in common/mg170/ex_obj.brres.lz under the name face.00.tpl.

An unused Mii texture similar to the one above.
This unused texture can be found in common/mg170/obj.brres.lz under the name heli_2.tpl.

Jump Park has two unused objects: a balloon and a star ring. The balloon, which contains 8 gems, pops when a Mii collides with it; the popped balloons will respawn whenever a Mii passes through a star ring.

Skip Skimmer has an unused rock model which has a drawing of Mario on it. 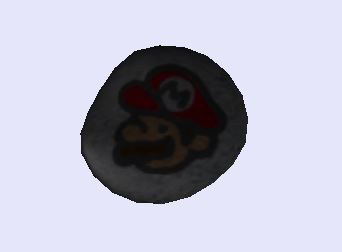 There are two music files for the unused "Loony Cycle" mini-game.

The intro at the start of a level.

The results for a level.

There seems to be no music for when you actually play the minigame though. 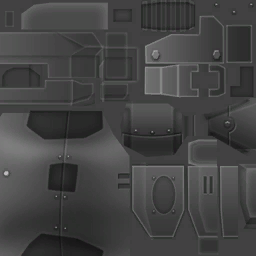 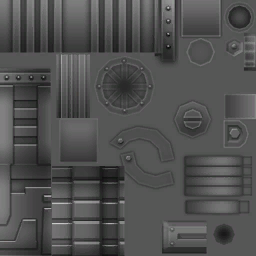 These two look to be body textures.

This one looks like it would be mirrored to make up the eyes.

These textures are stored along with the other files for the ninja stage of Trigger Twist and the file, locale_us/common/mg180. This looks to be an unused final boss that would either replace the ninja's final boss or be its own stage.
A wireframe of this is also in the game with the file name, pr1_en10mdx1xx.

One of the unused minigames, internally named mg111, is an action game set in an ocean. The object seems to be to swim through as many gold rings as possible within the time limit. The Wii Remote steers the dolphin, and the player can press A to swim slower and B to swim faster. The HUD (which is mostly non-functional) includes an overhead map, and a point meter that uses the Cone Zone "Points" icon. Miis in boats hold even more gold rings over the water, which you can reach by jumping at high speed.

One of the unused minigames, internally named mg120, is a cycling minigame. You maneuver through an obstacle course floating in the sky over a valley. You hold your Wiimote like bicycle handlebars and "pedal" it, avoiding hazards and collecting balloons. There are a variety of levels. You can choose the first few through the level-select menu, and you can play the others by renaming files in the "common/mg120/map" folder. There's even a functional multiplayer mode! You can crash into opponents, and there are now bombs to avoid. All balloons are gone in this mode.

The only title screen demo that goes unused is internally named td002. This demo allows you to look around a small environment using the Wii Remote to control your field of view. You can see Miis and other objects all relating to the minigames within Wii Play: Motion.

The title screen is different between regions.

The binary text file named sample in the directory common/mess/bin/*languagedependent* after decompression only has 8 lines of empty text.

The game's internal name is "Chanpon" as shown by the early title screen and sound effects file, titled ChanponSound.brsar.