Bundled with every western Wii console for the first few years of its life, Wii Sports serves to demonstrate the capabilities of the Wii Remote's (or "Wiimote's") intuitive motion controls across five different sports. These include tennis, baseball, golf, boxing, and, the most popular of them all; bowling (try releasing the ball backward and see what happens; you'll laugh). Ever since, Wii Sports has become a popular favorite amongst Wii owners, much to the dismay of broken televisions everywhere.

Each scene in the game has a corresponding metadatum, which provides information about the scene, including the scene's path and internal name. The metadata objects have the following structure:

In the US Rev 0 version of the game, the metadata table (which is located at 0x8034ab30) contains entries for both used and unused scenes:

bwg_lane.brres
This file is located in /Common/RPBowScene/common.carc. It contains an unused model of a bowling lane, which unlike the final lane model, is a separate model from the rest of the alley. Below is a comparison of the old lane with the new one, and its assets with the new assets.

A few unused golf courses are leftover on the disc of the retail version of the game. They are all located in /Common/RPGolScene/ (/Stage/RPGolScene for v1.01 users). Attempting to load most of these courses in-game will result in a crash.

glf_course_E3.carc
This file contains the hole that was shown off at the E3 2006 live demo of Wii Sports. The textures that are in the .carc file have been updated to the final version's art style, rather than keeping the early textures originally shown at E3. Additionally, the trees from the early version have also been removed, and it's also worth noting that the out-of-bounds area in the leftover version was simply not present in the E3 version's minimap of the course.


This course contains many different slopes and likely served as a test for collision and physics. Not much is known about this file. 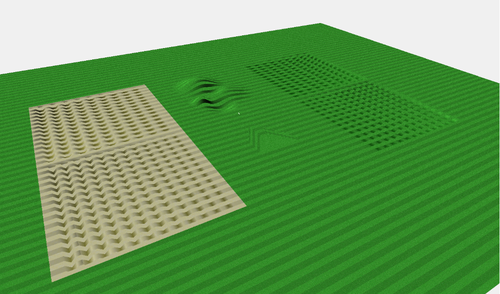 glf_course_fc18.carc
This hole is a bare-bones remake of hole 18 from the Famicom game, Golf. All holes in Wii Sports are remakes of holes from this game, however, their remake of hole 18 was never finished, and thus left unused in the final game. Additionally, it uses some early textures shown during the E3 preview, such as the trees in the background. 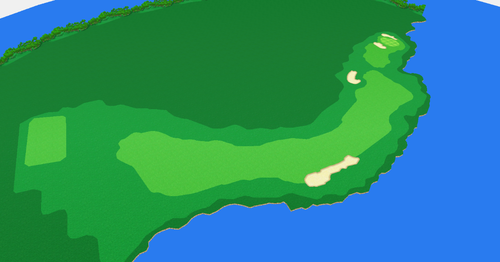 glf_course_survey.carc
Survey is a very interesting course, it appears to be a driving range. It features a large open field, with markers that are laid out in front of the player that list off yardage, similar to the ones at driving ranges. It is speculated that this may have been used for a training mode game, however, the name is unfitting. 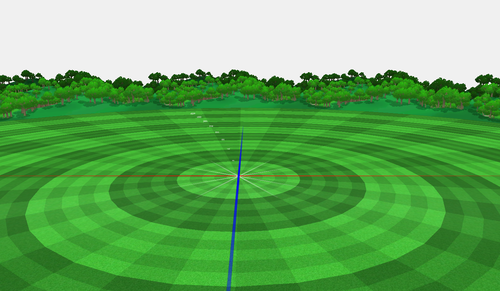 An unused texture for the Tennis Ball. 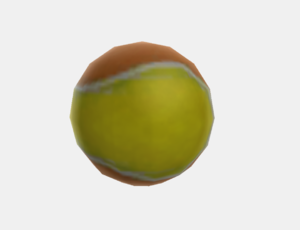 An unused texture for the Baseball. 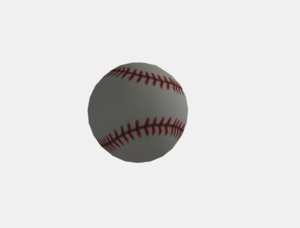 TrialData.bin
This file contains all of the pin setup data used in the Picking Up Spares training game. Wii Sports requires the player to complete 20 stages to get a platinum medal. Upon clearing the 20th stage, the game ends automatically, as it is programmed to not play any more stages, however, data exists for an additional 10 stages. Compared to the stages normally accessible in the game, stages 21-30 are much more difficult.

Below is a table of stages 21-30, although they are numbered incorrectly (1 through 10) due to the way they were loaded into the game (replacing the first 10 stages).

Internally, the game is known by the generic title SPORTS PACK for REVOLUTION, where Revolution refers to the Wii's own pre-release codename.

gameConfig.ini in the disc's root includes a few settings, several of which have been commented out. The second commented line references (Super) Mario Club, Nintendo's internal software testing group.

Most of these extra parameters are actually present in Wii Fit's version of this file.

Unfortunately, it doesn't seem as if any of gameConfig.ini affects the commercial release of the game.

Found in Stage/RPBsbScene/pallpark00.carc/G3D/bll_Field_Score.brres/, these two files, in which both use the same image, were used to test the scoreboard.

Found in Stage/RPBoxScene/MainGame.carc/G3D/box_ring.brres/, this image shows a low-quality screenshot of a boxing match. Its counterpart, box_TV.2, is used in the final game. 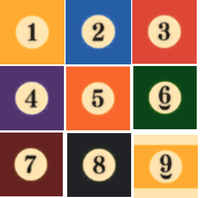 Unused textures likely intended for the "Dodging" training mode game, since these are packaged with the rest of boxing's files. These assets later were used as the billiards seen in Wii Play. The textures seen here are named ball.0 through ball.9, with 1 through 9 being the billiards, and 0 being the cue ball. These textures are located in /Common/RPBoxScene/MainGame.carc, in box_ball.brres

It turns out, the "Dodging" minigame actually supports this and more ball types, but of course, almost all of them go unused, since only the Tennis ball appears in the minigame.

Located in /Sound/RPSportsCommon/stream is what appears to be an unused piece of music that could have played somewhere on the Wii Fitness mode, judging by the filename. The songs that play in the Wii Fitness mode all start with RP_Measurement_*, while the only used song that starts with RP_SportsCommon_* is the Title Screen theme. It loops from the beginning to the end.

This song appeared on the E3 2006 demo of the game, although there it is a slightly different rendition. It played when viewing the results in the Baseball demo.

There are two unused announcer voice clips in baseball. One is "Double Play" and the other is "Triple Play". This suggests there were originally plans to make a more in-depth version of baseball than what we see in the final version of the game.

There is an unused beep is found in most of the .brsar files in the game. The usage of the noise is unknown.

In Root\EN\Message\message.carc\ there is a file called sport_message.bmg, which houses some of the text, specifically the sport-related text, as the name suggests.

Within this file, at ID 7659520 there is an unused text for units of measurement in Japanese.

A leftover layout from the E3 2006 Airplane demo. There's also text for "Rings" and "Score". It is found in US/RPBsbScene/local.

Wii Sports has a few leftover assets from Pack Project, the original project for the game, which are used in other Pack Project derivatives.

Found in /Common/Kokeshi/common.carc/G3D, all of these models are used in Wii Play.

The difference between the "2" and "3" variants is that the "2" models have bones for the fingers, so they can be animated.

While no characters in Wii Sports have arms nor hands with fingers, many of the animations actually have movements for these that can never be seen.

A few unused Mii body models left in the game have a complete set of arms and hands (see the section above). When loaded in the game with these animations, these arms, hands and fingers movements are revealed.

In the Japanese and Korean releases, the announcer had terms that were easy for non-English speakers to understand. In the international release, the terms were changed to regular baseball terms.

Below is a table comparison of the aforementioned sound bytes, organized by their location. Note that the Japanese and Korean localisations use the same voice clips.

In the Japanese and Korean release, a score of 3 under par is called an Albatross, unlike all other releases, in which it's called a Double Eagle.

The Japanese version of Bowling constantly maintains 60 frames per second, while in the American version, the game will lag if the player gets a strike at the same time as another lane.

Wii Sports had a re-release about a year later, with some changes being made for later pressings after the Wii Remote began coming packaged with a silicone sleeve. These changes are also present in the Nintendo Selects edition of the game. There are two versions, v1.0 and v1.01. Depending on which release you have, file paths may change. /Stage/*.*/ directories are /Common/*.*/ instead in v1.0.

The warning screens and all other graphics of the Wii Remote were updated to reflect the silicone jacket's release.

The European and Japanese (v1.0 and v1.01) releases, as well as the North American (v1.01) re-release, added an animation to the game-opening scene: as it begins, the opposing teams face one another, and the camera passes between them. As the camera passes each Mii, they look toward the screen, giving the cutscene some personality. This may have been added to make clearer who is on the teams, since all, but the pitcher, are randomly selected.

In the initial (v1.0) North American release, if a grounder were caught quick enough to call an out, the Mii who caught it would hold it. In all future releases, the Mii will also throw the ball first to appear more realistic.

In the initial (v1.0) North American release, after knocking out an opponent, the game would instantly go to the You Won/Lost sequence afterward. In all future releases (including the v1.0 European and Japanese releases), two replays are shown of the winner's Mii knocking out the opponent, going into slow-motion at the end of each replay. These replays also play a music track that didn't appear in the initial North American version.

In version 1.01, some Boxing training minigames may have lag spikes if punches are quick enough in succession. These lag spikes weren't present in 1.0.