A Batman side-scrolling beat-'em-up by Konami. 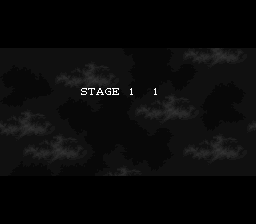 Starting at SNES address $808613 is programming for a Stage Select menu. These game enhancer codes are needed to access it:

After entering one of the above code sets, begin a new game. When the cutscene of the night sky appears, press Start.

Both the Japanese and western versions of the game are presented in English, but some text was touched up between releases.

Additionally, screens were added after the credits in the western versions telling the player to try a higher difficulty, with a special 'You are the True Dark Knight' message for completing the game on Mania. The Japanese version freezes at the end of the credits with no such screens.