Bloons Monkey City is a cross between classic tower defense and a city-building game. Construct buildings to unlock more towers and upgrades, and use them to expand your city by fending off procedurally-generated hordes of those ungodly rubbery monstrosities.

It's also one of the most important games to the Bloons TD lore. 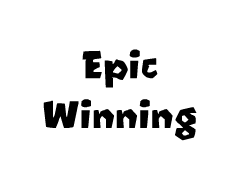 During the game's closed beta, it was possible to encounter Packed Ceramic tiles (along with its respective Camo Assault and Regrow Assault variants), similar to the Packed MOAB and Packed BFB tiles that remain in the final game. On tiles with this modifier, the game tended to spawn large, dense clusters of ceramic bloons, especially in later rounds. This tile modifier was removed in the final game (possibly due to being too difficult, especially when combined with Regrow Assault), and cities transferred from the beta had these tiles replaced with other types, leaving these graphics unused. 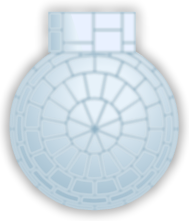 While this graphic is used on one of the Snow tracks, only the front half of it is visible. The rest of the igloo is hidden offscreen.

Interestingly, these icons were added in one of the game's last updates, long after the introduction of Monkey Boosts and Red Hot Spikes.

An image of a crudely-drawn event banner, seemingly used for testing. This banner is advertising a sale on Monkey Knowledge packs, which ended(?) on 1/6/15(?). Interestingly, the merchant monkey's design in this banner is different from his final design, as he's sporting a turban instead of a bandanna.

Like most of the game's banner images, this image is stored server-side.

An alternate design for the Boomerang Thrower's Turbo Charge upgrade, along with a Glaive Thrower variant. These are meant to match the design shown on the upgrade's portrait. For unknown reasons, the final game reuses the graphics from the Bionic Boomer upgrade instead.

Portrait graphics for most of the non-pro Special Agents from BTD5 and BTD5 Deluxe (a now-defunct enhanced port of the Adobe Flash version). It seems that Special Agents were planned to be a part of the game, as there is an unused pop-up message that would have been displayed upon unlocking them. The only Special Agent not included here is the Bloonsday Device, as that was intended for a different purpose.

The Banana Farmer was later included in the mobile version, though as a premium tower rather than a Special Agent.

An unused item based on a Special Agent of the same name from BTD5. Only the item's parameters exist; there's no object or functionality associated with it in the code, and it has no graphics.

Interestingly, the file containing its parameters lists the item as having a rarity of 250. Only items that spawn from chests have a positive non-zero rarity, which suggests that this item would have been found in chests, rather than from, say, a special mission.

The Portal Artifacts are a collection of five items, all with the same description. None of them can be obtained legitimately, and none of them do anything when spawned in the player's inventory, either individually or collectively.

While the Portal Artifact pieces are all mostly identical to each other, there is one parameter that is different for each: minCityIndex, which specifies which city an item can be found in, has a different number value for each piece. This implies that every city would contain one Portal Artifact piece each. This also implies there would've been at least five different city types, which is a lot, especially since the game only has two...

With the exception of Ancient Portal Knowledge, only the parameters for these quests exist; there's no code associated with any of these and they can't be enabled in-game.

Additionally, there appears to be at least one quest that had its parameters removed: when the game is loading quests during initialisation, one quest the game attempts to find has an ID of 33, though there are no quest parameters that use that ID. This quest data would have been assigned to a quest object named QUEST_RESETTLEMENT, which is set to use the same icon as the Ancient Portal Knowledge quest, and would have been completed by triggering an unused event named CREATED_SECONDARY_CITY. Similar to the Ancient Portal Knowledge quest, no code to trigger this event exists.

Ruins is an unused terrain type. It has a complete set of tile graphics and parameters, but it doesn't have any tracks, and its favoured/restricted towers aren't defined.

Stone of Solitude is an unused type of special terrain, and is a sub-class of Caves terrain. Only the graphics and parameters for the tile have been found; the special mission itself does not appear to exist.

The Monkey Sub, Heli Pilot, and Bloonchipper were never added to the Adobe Flash version of this game. Nonetheless, the Heli Pilot and Bloonchipper are referenced in the data that defines each terrain's favoured/restricted towers. These extra references are identical to their usage in the mobile version, but some of the terrain types that are exclusive to the Adobe Flash version have unused references as well.

The following table lists each terrain and its favoured/restricted towers. Unused tower references are highlighted in bold. Forest, Volcano, Desert, Jungle, Snow, River, and High Desert have been omitted, as they do not contain any unused references.

Based on the name of this parameter, it seems that Special Agents would have been unlocked by completing special missions.

Very little data for this building exists. It has no graphics or code, and all its parameters are blank. It has a name, but no description.

This building is named MonkeyTownHallUpgrade in the parameters. Once again, it has no graphics or code, and all its parameters are blank.

The presence of an upgraded version of the Monkey Town Hall suggests that the building served a different purpose originally, and would have been upgradeable (like Windmills and Watermills), rather than being used to research upgrades for the Monkey Village.

An empty tower definition named TOWER_HELICOPTER exists within the game's constants script, which defines the internal names of towers and bloons (for example, the Monkey Ace is called TOWER_PLANE internally). This name is most likely referring to the Heli Pilot, a helicopter-based tower that is currently exclusive to the mobile version. There are no other references to the Heli Pilot in the files, suggesting that plans to port the tower over were scrapped early on.

When active, this event would have reduced the number of Bloonstones it would cost to instantly recharge the Bloon Beacon.

When active, this event would have reduced the time for the Bloon Beacon to recharge passively.

As one could probably guess, this event would have the combined effects of Bitty Beacons and Beacon Blitz when active.

This event seems to have been intended as an alternative method of obtaining special items: by purchasing them with Bloonstones instead of finding them in chests or special missions. It was never fully implemented—there's no interface for purchasing the traveling merchant's wares, and it doesn't have a description.

In the server-side, where events are pulled from, the travelling merchant is listed. The image associated is the same one as the early Monkey Knowledge sale promotion.

Below is a table of the traveling merchant's default data. Note that this data is very likely a placeholder; judging by the presence of tags to set each item's price and availability, it seems that the merchant's wares and prices would vary each time the event would be active.

A BUNCH of placeholder text.

This string is defined under the variable name UNICORN. It appears to be a hidden message from a programmer. A similar hidden string with the name PEGASYS is also defined, though it contains no text.