Donald Duck: Goin' Quackers is a 3D platformer in a similar style to Crash Bandicoot and with a very nice soundtrack.

Donald's fiancée Daisy has been "kidnapped" by Merlin while she was secretly recording a film documentary live in his palace, so it's up to Donald to travel arround the world to save her before Gladstone does.

There were originally in-game cutscenes in each version like in the Nintendo 64 version, instead of the pre-rendered movies. Lots of leftovers are still in the game's files, including this area of Merlock's temple where Daisy gets kidnapped. 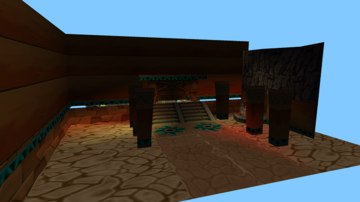 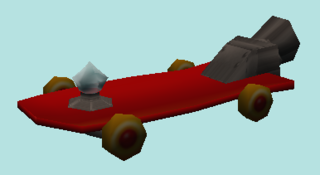 A flying rocket skateboard! This was part of the scrapped in-game intro cutscene. 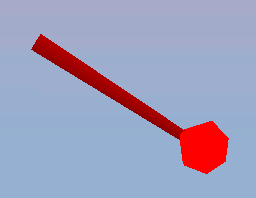 A lever that was part of the scrapped ending cutscene. 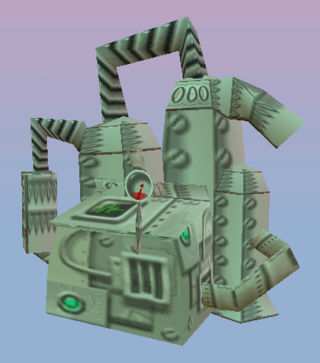 Also part of the cutscenes.

Nephew running away in a cartoony style. Might have been originally used when he moves away once Donald saved all his toys, but he simply walks relaxed away in the game.

Magica De Spell has an animation of moving horizontally. Perhaps the original intention during the coffin segment was to break the fence first and then accurately hit her with the skull bomb.

A lot of animations for Donald, Daisy, Gyro, Gladstone and Merlock as well as objects such as Merlock's machine can be found that were all part of in-game intro and outro cutscenes, but the game simply uses pre-rendered movies instead which renders all these animations unused.

These are used however in the N64 version, albeit they are animated slightly different there.

A big number of early loading screens exist in the game. A lot of them are renders from early levels and some of them are used in the early Donald Duck Demo prototype. These loading screens were meant to be used for each level, including the bosses and chase stages, but the levels use a more detailed loading screen which is the same per world in the final.

The first two pictures are used in the Donald Duck Demo. city_2_b shows the stage in rain, which isn't the case in the final. city_2_b and SIDEWALK also have a mixture from the unused inca_4_2 screen for whatever reason.

HAUNTEd3-1 and HAUNTED3B are used in the Donald Duck Demo. The houseboss shows a different battle stage, similar to the GameCube and PlayStation 2 versions. Again, some of them are somehow mixed with the inca_4_2 screen.

inca_4_2 is the screen, that is slightly mixed into some other loading screens. Also the incaboss shows a different boss battle stage, also similar to the GameCube and PlayStation 2 versions. 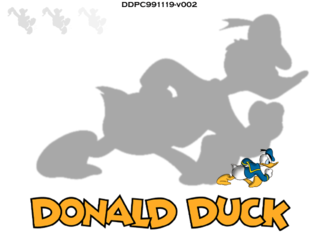 Probably the earliest loading screen of all, as it can be found in the Proto, but without the development text on the top screen. 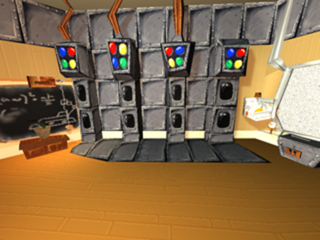 A very early loading screen for Gyro's Labor. This is also similar to the PlayStation version.

An alternative version of the menu's loading screen, with different lighting and a better portrait of Gyro.

A node that says "live", found in numerous archives.

Textures for a wooden box with a C on it. It is very similar to the checkpoint crates from Crash Bandicoot.

Wooden textures with some words on it. These are found among the textures to Gyro's lab, and may have been used as level name placeholders.

A portrait of Donald.

An E3 logo consisting of 4 poor quality parts. Doesn't look that good, when putting them together: 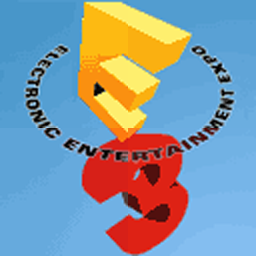 An icon for Donald, also meant for dialogues. But Donald ironically doesn't say anything in the whole game. It was however used in the N64 version, where the cutscenes were in-game rather than the CGI clips used here. This icon was also later used in the Game Boy Color version in the main menu.

Found in the files for Gyro's laboratory. This was probably planned to appear, when unlocking the chase stages.

Some icons, most likely used for debug features. These can also be found in Rayman 2, which runs on the same game engine. 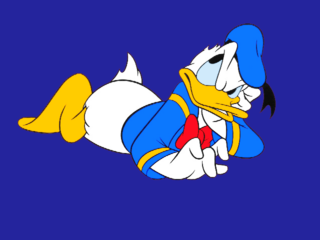 Some sort of a continue screen. However, the final simply resets the game ultimately, when all lifes are gone. 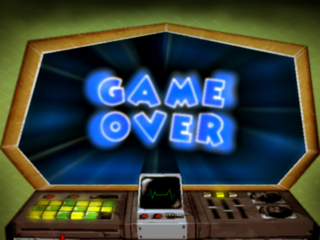 A very early game over screen. The final uses a small videoclip, if Donald loses all his lives.

Some pictures of Donald. Depicting its filenames, these pictures have something to do with Donald's health.

The European logos with white backgrounds. The second one has a different position and a slightly different size.

There were originaly in-game cutscenes which were scrapped in favour of the prerendered CGI movies. A lot of remains can still be found in the game's files including the music for both the intro and outro scene. The in-game cutscenes were only used in the N64 version along with these songs, but they ended up being downgraded and are even in the wrong key. So the original high quality versions were never used in any version.

Originaly there were invulnerability songs when Donald collects a Super-Dooper milkshake, which are different for each world, but it strangely isn't used. However, just like the cutscene songs, these are used in the N64 version but in a downgraded form along with the wrong key.

The filename and the fact that this was used in the N64 version in an downgraded form, highly suggest that this was originally supposed to be used for the Under 'Hand'ed stage, which was replaced with a longer, more thrilling song in the final.

One of Donald's nephews playing with something? It's even "translated" into the other languages.

Gyro telling Donald about the costume machine. However, the machine itself tells Donald, how it works, so this goes unused and is even translated into the other languages.

However, the line is used in all the PlayStation versions.

The Italian message from Magica DeSpell before the fight, but without the echo effect and with laughing.

Though this is not unused, but only the first half second can be heard.

Names for each boss level exist, but are not displayed when standing on the teleporter as with the other levels.
Also present in the Nintendo 64 version.

Leftover texts of a level selection from the early Windows demo. Oddly enough, these texts seem to be from an even earlier version, since Creepy Corridor is misspelled. First Avenue's name was overwritten with letters exclusive from other languages, possibly for testing purposes.
The unused text also exist in the Nintendo 64 version, with the only exception that First Avenue uses the internal name of the stage instead of the letter test.

Empty, unused text slots use this placeholder text.
And yes, it also exist in the Nintendo 64 version.