The Legend of Heroes: Trails of Cold Steel (PlayStation 3)

Rean's awakened form is actually a costume and can be put into the player's inventory with hacks. 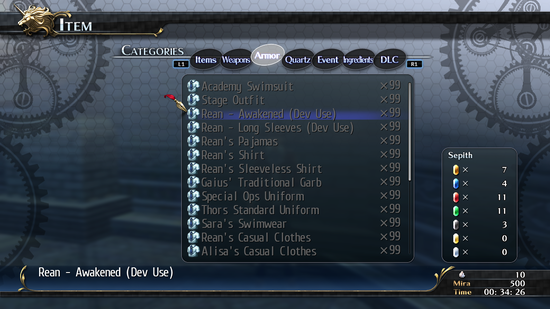 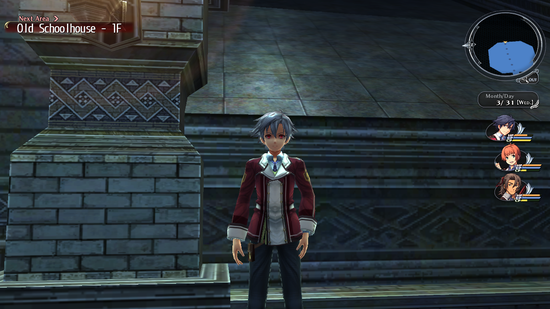 Rean normally only has one of his shirts, however another one titled: "Rean - Long Sleeves (Dev Use)" can be put into the player's inventory with hacks. It appears to be the exact same as the used version, which is titled: "Rean's Shirt". 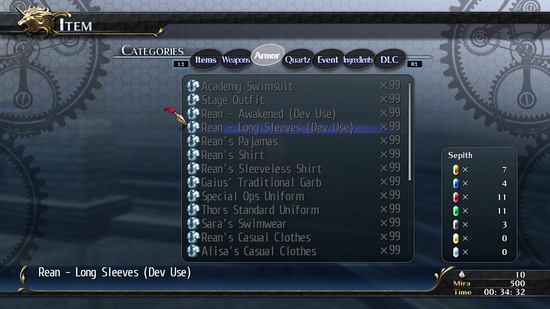 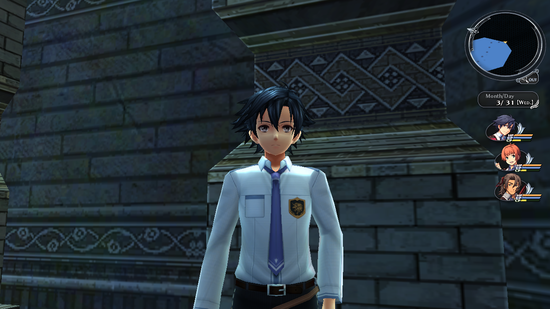 Normally only Class 7 has their swimwear, but Sara also has her own that can be used with hacks. This costume also has text associated with it that goes unused. It cannot be normally removed once applied. 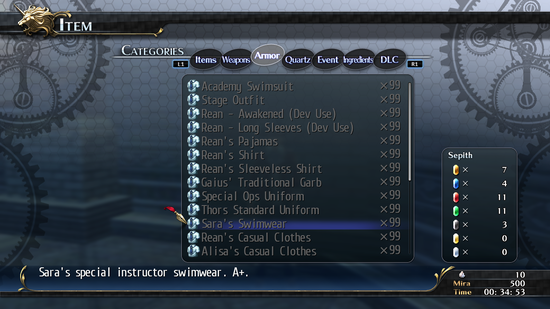 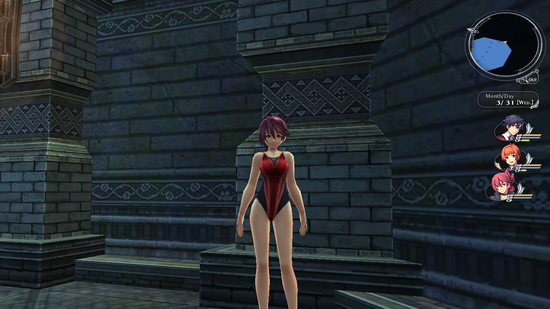 A set of unused weapons for Millium, Crow, Alisa, Laura, and Fie can be seen below. 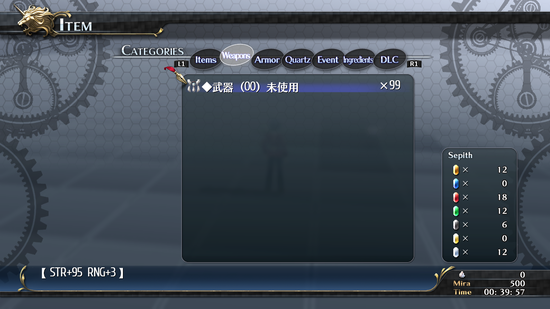 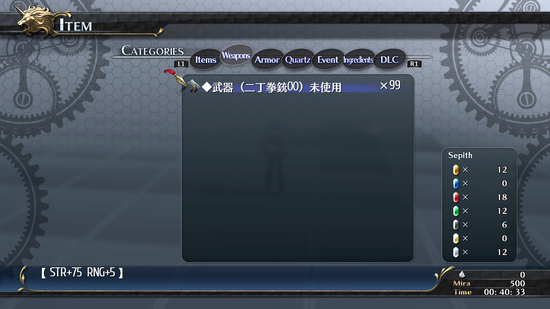 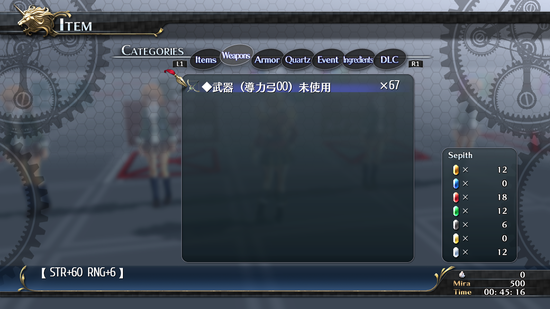 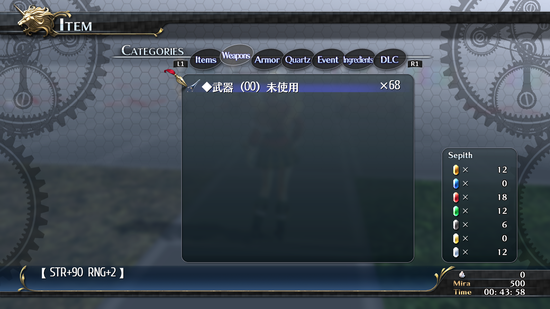 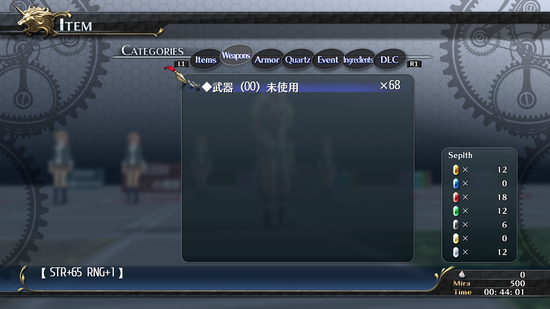 An unused color scheme of the Thor's ARCUS cover can be seen below. 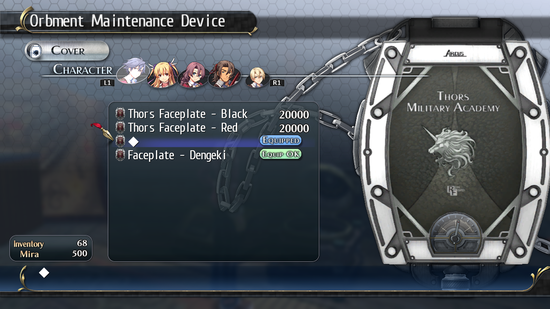 Strangely Angelica can be put into the player's party with her alternate costume. Oddly she has a Anton's portrait when this version of her is put into the party. She never joins the party with this costume. She can attack on the field but has no stats and cannot enter battle. 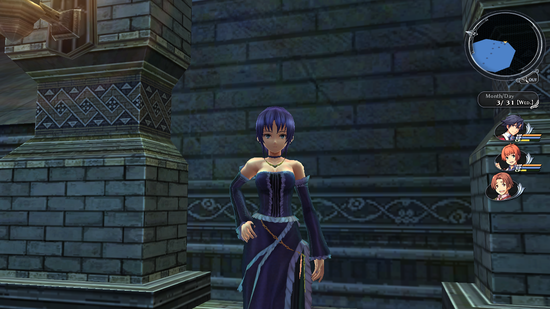 Claire with her casual wear can be put into the party with hacks. Claire does not appear in the player's party until the sequel. She has no voice when switching to her on the field, she cannot attack enemies on the field nor does she have any stats and cannot appear in battle. 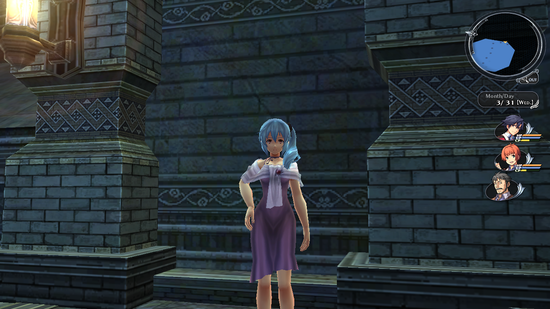 The test girl from some of the debug maps and shown in an early magazine photo can be put back in a semi functional state. This appears to be a early version of Alisa. She does not have any proper voices or crafts. She has three unique animations which are her walking animation, battle stance animation and attacking animation. Her attacking animation is slightly incomplete.

A file present inside talk > tk_ply996 appears to be a debug talk file, staring Bleublanc. Below is what the message reads.

A total of eight songs go unused in this game. The unused music in this section are not present in the US and EU releases of the game.

An alternate more foreboding mix of "Practical Exam" can be heard here but ends up being unused. It's unknown where or why this would have played. It does not appear on any soundtrack.

Normally you hear the song "Abend Time" with a radio-like filter applied on the song in-game, however there is another version without the filter applied that goes unused. This version does not appear on the soundtrack either.

A more relaxed version of the Roer bar music with a radio filter can be heard here that ends up being unused. The used version always plays in the bar without the radio filter and has more instruments playing.

A song from Ao no Kiseki can be found in this game but does not play anywhere.

The Sound of Rainfall in the Academy (Alternate Version)

An unused alternate version of the track, "The Sound of Rainfall in the Academy". It was most likely going to be used for sunny, afternoon days in the academy grounds. It does not appear on any soundtrack.

Back to the Dorm (Alternate Version)

An unused alternate version of the track, "Back to the Dorm". It does not appear on any soundtrack.

An unused song that was used later in Tokyo Xanadu eX+.

Impatient (From Trails of Cold Steel 2)

This song from the sequel appears in the game files. However, it is only heard in the sequel, not this game.

Below is three voices files from Viscount Arseid that are unused. Two of which are his unused S-Craft power up voices that go unused. This would have taken place before he says "Radiant Phoenix Slash!". The latter most voice file is his unused death cry. Perhaps at one point in development you could win the fight against him.

An icon of CrossBell is randomly put in the game files and remains hidden in-game. It is internally named "c_title0". 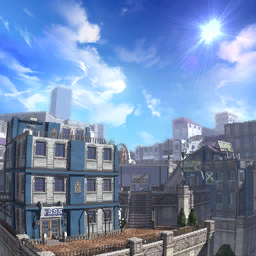 An unused set of visuals only present in the Japanese version of the game. The first is Ao no Kiseki's opening -like image, the second is a temporary ending screen from this game, the third is a still image from a FMV from Ao no Kiseki and a rough FMV shot from Ao no Kiseki again. 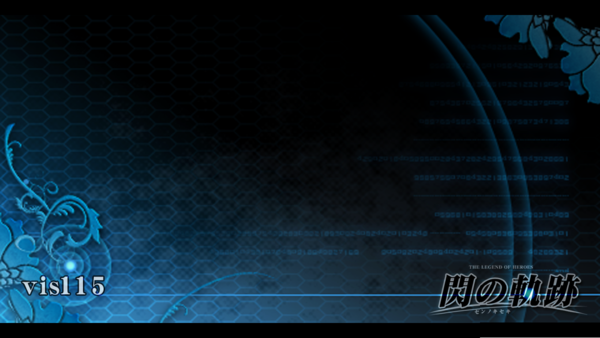 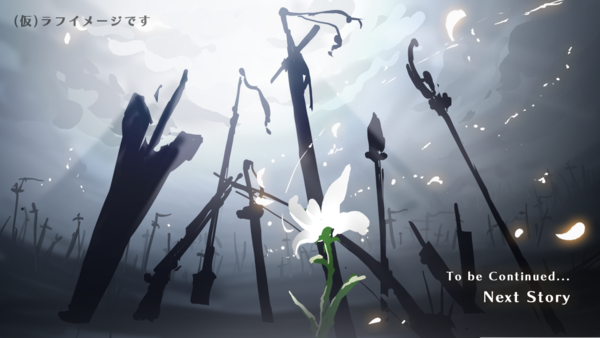 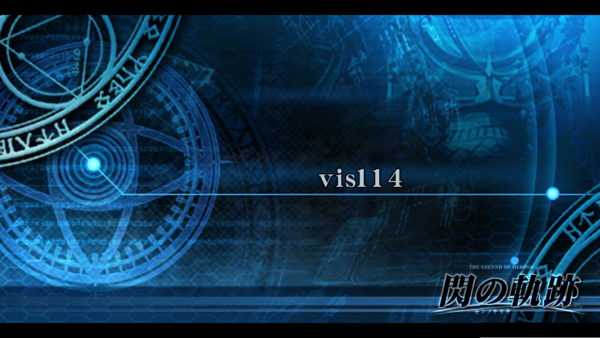 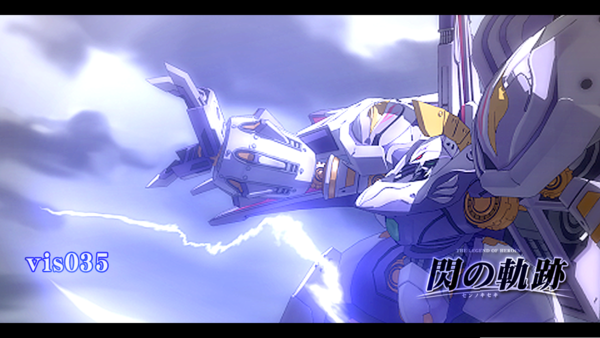 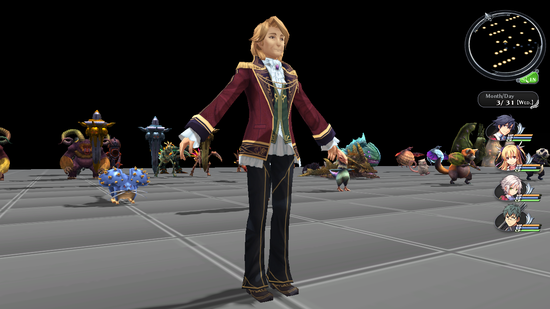 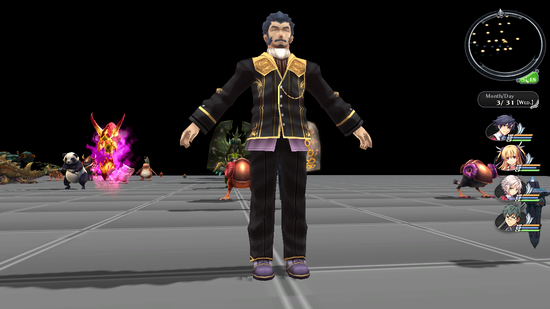 Inside of a save file is a unused flag that will set Rean into ogre form. You can walk around and fight in battle while in his ogre state. In order to enable this flag, you will need a hex editor. With your hex editor open your save file inside it, and travel to the offset below. 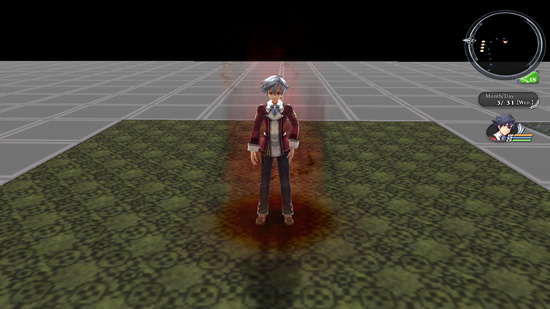 If the game detects that the user has tampered with a certain portion of memory, specifically the scene data for maps it will force quit the game with this message: